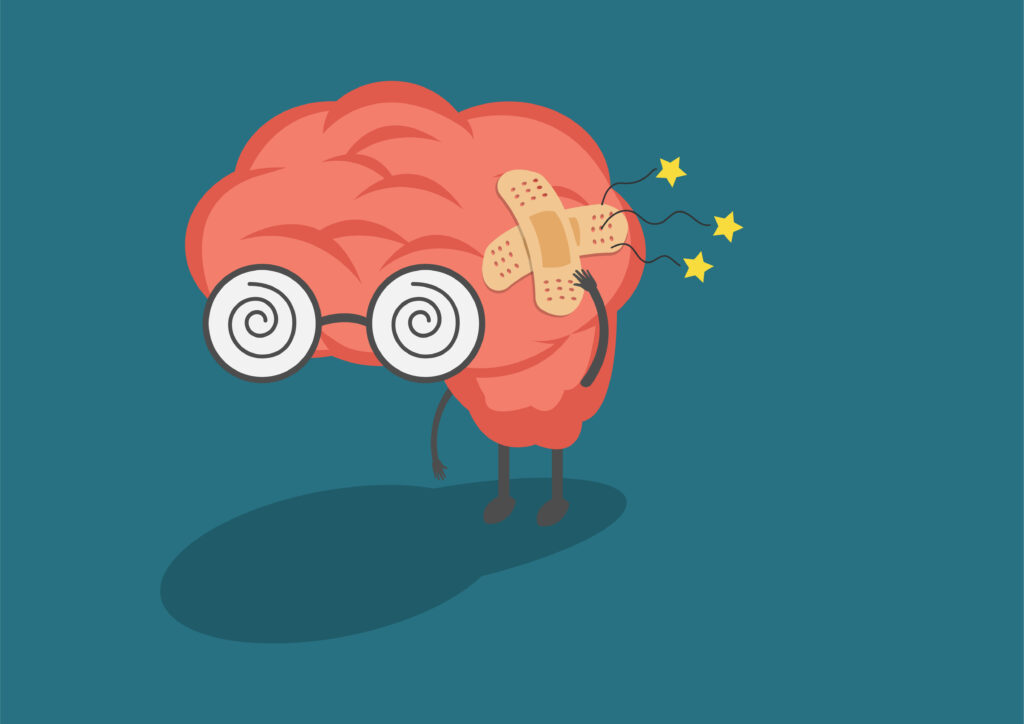 Everyone is exposed to mold on a practically daily basis.  How can it really cause so many different symptoms as functional MD’s claim?  Over time, I intend to answer those questions for a long list of symptoms, but for today, let’s look at the brain.  Several studies indicate that our delicate neurologic system does suffer when mold toxins get too high.

In 2003, the now deceased Dr. Rea published a series of 100 patients  with confirmed mold environmental exposures in their homes in which multiple neurologic symptoms were documented in 70% the patients.  Furthermore, “Objective neuropsychological evaluations of 46 of the patients who exhibited symptoms of neurological impairment showed typical abnormalities in short-term memory, executive function/judgment, concentration, and hand/eye coordination.”  In a subgroup that demonstrated balance dysfunction, brain SPECT scans showed abnormalities.

Another 2003 study by Crago and others revealed decreased activity of the frontal cortex in a study of 182 mold-exposed patients.  They used quantitative EEG to find this abnormality in the part of our brains which controls executive functioning and decision making.

How could mold toxins affect our brains?  Mycotoxins are often very fat soluble.  The fact that the brain is mostly fat, means that these toxins will mix well in brain tissue.  They are already known to accumulate in other fatty organs lie the liver.  In a mouse study, two mycotoxins, beauvercin and enniatin, were given to the mouse and then found in the mice brains.  These two toxins therefore clearly crossed the blood brain barrier.

Future posts can go into more detail, but for now, don’t let anyone tell  you that your brain is safe from mold toxins.  Yes, many experience minimal or unnoticed effects, but due to genetic differences, others may suffer very disruptive neurological effects.  Helping our patients live healthier more abundant lives requires keeping an open mind to the detrimental effects of mycotoxins on their brains.