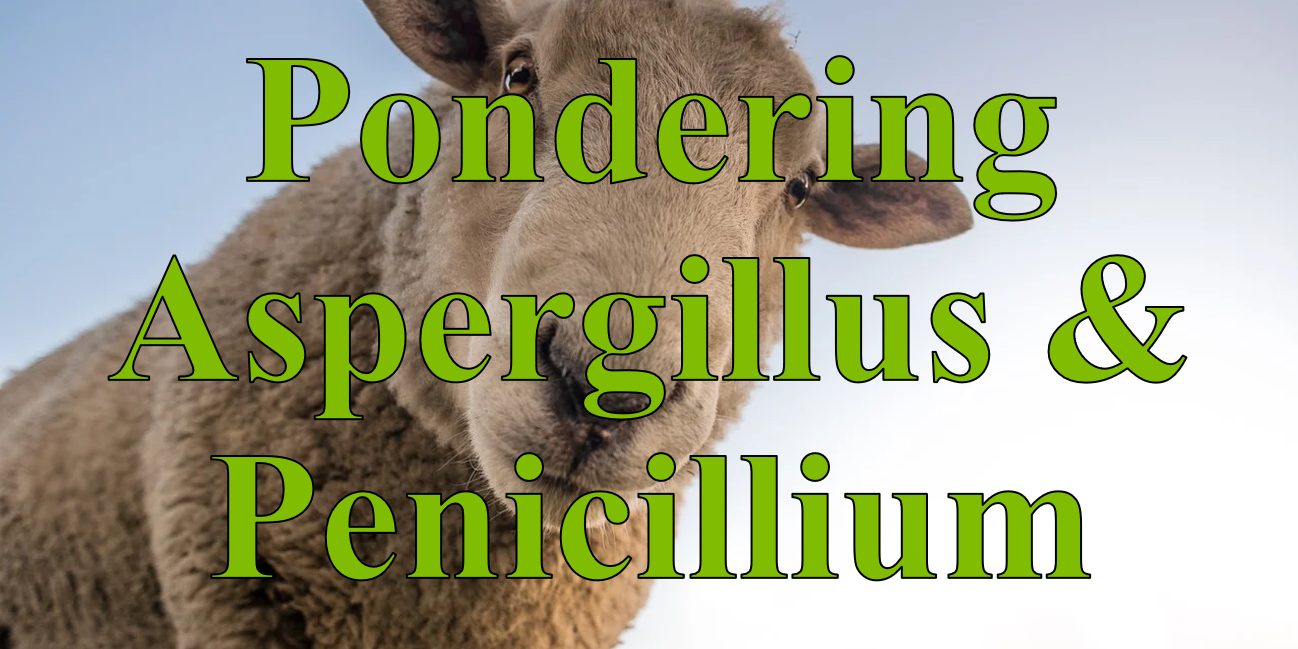 The veterinary world strives to understand mold toxins and their effects on various livestock.  Since the world of human medicine refuses to adequately research how these ubiquitous toxins affect us, we have to look to these animal studies to better understand.  With that in mind, this veterinary paper offers a number of takeaway points to ponder about 2 important molds, aspergillus and penicillium.

The best clinical tests we have available in our office detect 20 to 30 different mold toxins.  While they are the most common mycotoxins, as technology and research develop, we will likely have tests in the future that uncover more and more specific toxins.  With this in mind, we use Dr. Shoemaker’s testing approval alongside urine toxin testing to confirm the disease.  We also use broad based detox therapies for at least part of the time to detox from any mycotoxins that may not show up on the urine testing.

While the medical world for humans continues to deny the existence of mold toxicity disease, the agricultural world enumerates a long list of symptoms caused by mold toxins.  This does not guarantee that we will suffer the same effects, but we can’t blow off the possibility when other mammals are affected by mold toxins.

While conventional medical toxicology generally evaluates one toxin’s effect on an animal in isolation, the real world often present 2 or more toxins simultaneously.  In animal feed, several different mold species may be growing together producing several toxins.  In water damaged buildings that cause humans illness, there can be exposure to multiple toxins simultaneously as well.

This paper points out that the actual symptoms will vary in different animals based on multiple factors.  Likewise, as we work through different patients each day in our clinic, we see a wide variety of symptoms and severity.  We also see other family members living in the same home without symptoms.  In other words, no two mold patients are exactly alike.  Treating each more individually requires time and intentional personalization of their protocol.

After activation by our cytochrome p450 detox pathways, aflatoxins can damage liver cells through binding to proteins and DNA.  Chronic exposure may lead to elevations in liver enzymes, low protein in blood, reduced growth, and hair changes.  It can also cause immunosuppression, leading to yeast, salmonella, and parasite infections.

Patulin intoxication in animals can cause incoordination, neuronal degeneration, paralysis, and sometimes death. This patulin toxin can be found in tomato products and apple juices.  Several mechanisms account for its toxicity including inflammation and ulceration of the GI tract.

Gliotoxin acts as an immune suppressant and is made by Aspergillus fumigatus, one of the few Aspergillus to infect humans directly.

Most of these toxins incorporate chemical side chains attached to amino acids that are used normally for proteins.  This may explain why they get attached to animal enzymes and disrupt cellular processes.  This also allows them to cause ongoing effects.

Ochratoxin A primarily affects the kidneys