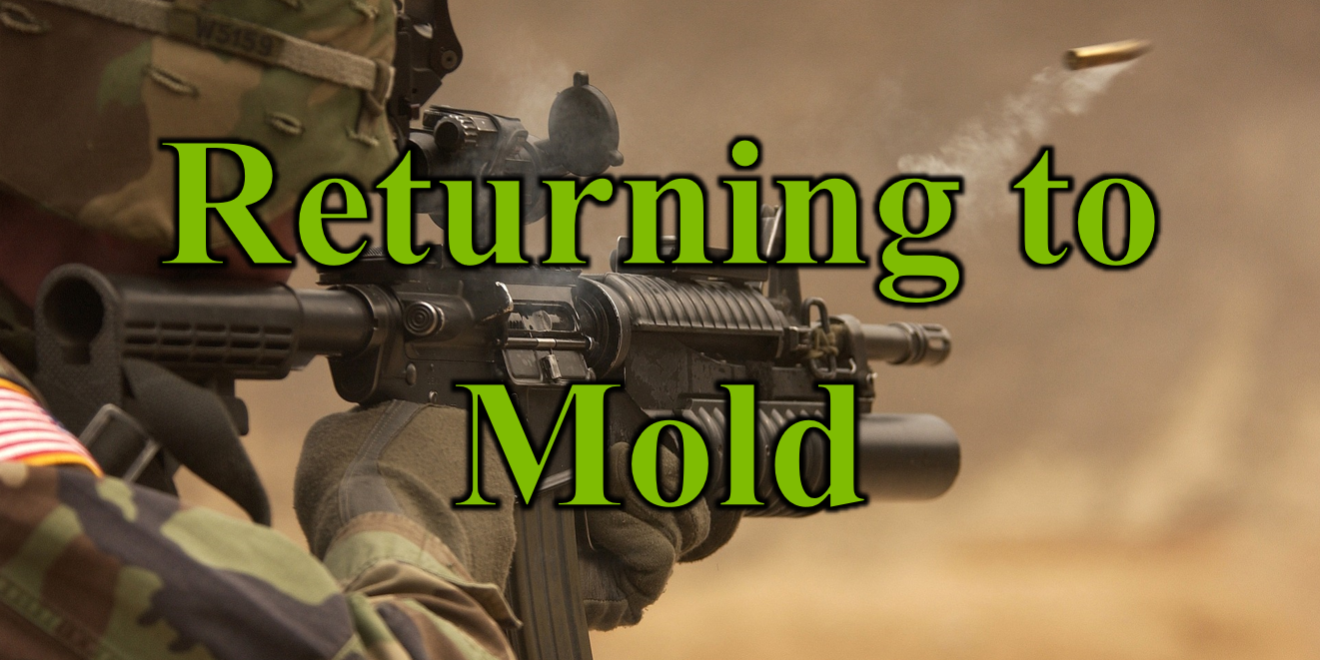 Going away on a vacation for a week and returning to a water leak and subsequent water damage is never fun.  Going away for months serving your country and returning to your home base’s living quarters to find mold growing is just as disheartening.  While both may be covered cost-wise, one by insurance and the other by the government, with your own home you are at least in a little more control of the plan and timeline.  For those in the military, they have to go along with other’s plans- plans which are rarely optimal.

As soldiers at Fort Stewart Army Airfield in Savannah, Georgia began returning in late July from a short notice deployment to Europe triggered by the Ukraine war, reports of mold infested barrack rooms skyrocketed.  With no one entering individual rooms for a few months during the humid summer, mold took the opportunity to enjoy its freedom.  About 1000 work orders have already been filed to clean up mold.         `Apparently, base leaders have realized the severity of the issue and decided to investigate the cause of this widespread mold infestation.

I do understand that in the government or any large organization (this base has barrack space for 6,700 with 5,700 currently occupied), procedures to organize an investigation must be followed to both repair current issues and implement processes to prevent future issues.  However, sometimes stating the obvious can save a lot of time and money and get the job done faster.  This army base problem comes down to building design, moisture, and time unmonitored.  Whether living in the military or a residential home, ultimately these factors are always primary.

If the military happens to read this, I hope they take the following into consideration (if you are not in the military, apply the same principles to your home):

Each of these with their details filled in for the specific situation can go a long way in preventing the mess they have found themselves in at this point.

Now that the mess has presented itself, they need to be sure they doing more than the superficial bare minimum.  If they don’t walk through remediation slowly and properly, the problem will return and potentially cause ongoing, unsuspected harm to our military service members.  Wiping mold off walls with hydrogen peroxide will rarely be enough except for the mildest of infestations.  The hydrogen peroxide kills visible mold, but the residual water left behind after its use can encourage the remaining spores to re-establish an outpost for future expansion.

Beyond that, mold growing into drywall or wood materials and furniture will not always be killed by the superficial wipe-down and the toxins and allergens present won’t suddenly disappear.  Going beyond hydrogen peroxide requires some further work.  HEPA vacuuming all porous material can remove the spores which permit regrowth.  Removing infiltrated wood, carpet, and drywall with a surrounding perimeter where invisible mold lurks, will prevent future problems.  Finishing up with some type of chemical sterilizing fog and wipe-down of surfaces puts the risk of regrowth much further away than what the described Army plan seems to aim at.

The article which describes the current response describes plans for an ongoing process which includes new barracks for some also mentions overly simplistic ideas for others. Hopefully, the issue is dealt with appropriately especially for those who have a genetic predisposition to hyperreactivity to the mold toxins.  Those will need more extensive remediation and potential detoxification therapies to return to optimal health.  Our military needs their healthiest and most abundant life if they are to serve our nation well.  They deserve all the support they can get to reach that goal.

Original Article:
“Fort Stewart crews search for cause of mold growth at the base as reports of barracks outbreaks soar” By Corey Dickstein, Stars and Stripes.  Published October 24, 2022.  Accessed October 26, 2022.  https://www.stripes.com/theaters/us/2022-10-24/army-fort-stewart-mold-barracks-7799166.html