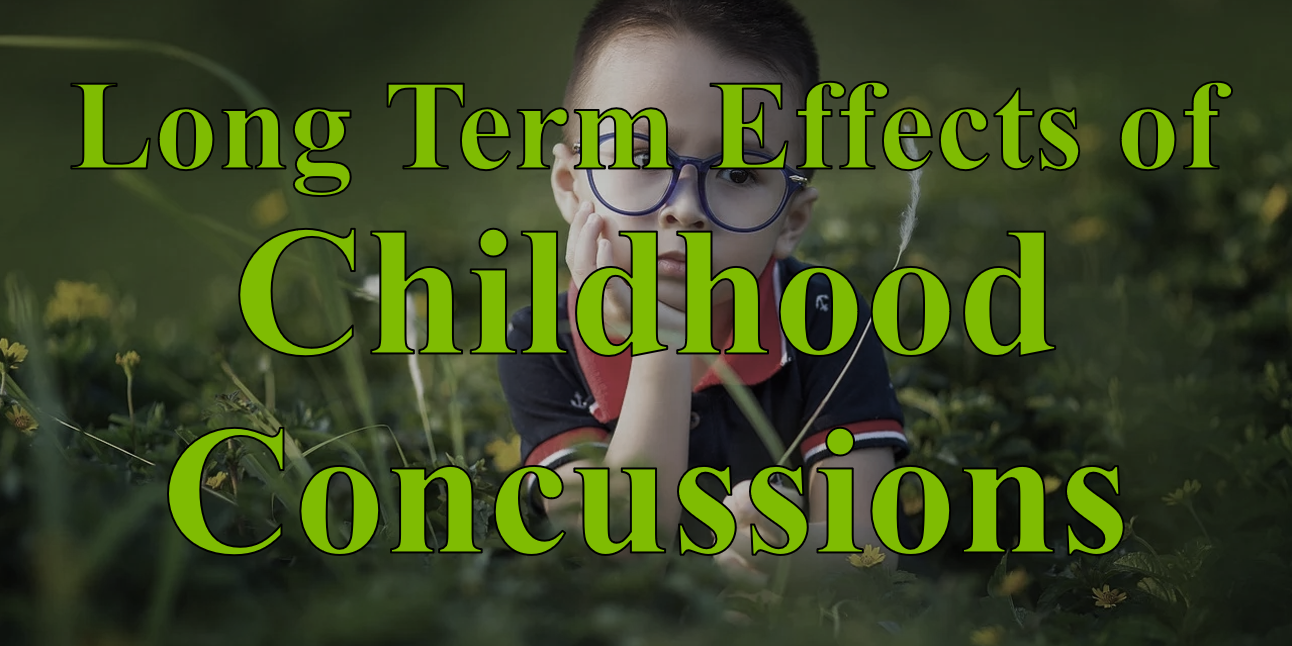 Our brains don’t like being shaken, rattled, or given a thud.  Growing recognition of this fact of biology has given rise to more and more research into the effects of mild traumatic brain injury (mTBI) and Post-Concussion Syndrome (PCS).  In addition to a range of adults in contact sports (boxing, football, soccer, and others), children are showing long term adverse effects of mTBI.  Here we take a glimpse at how common PCS might be after pediatric head trauma.

In the wider world of mTBI research, scientists have set definitions of what mTBI and PCS mean so they can compare apples to apples between different studies.  They know that children experience about 150-400 visits to emergency rooms per year per 100,000 children (1,2,3).  This equates to potentially over 1 million children per year at risk.  These are not small numbers if any significant percentage of them develop PCS or its persistent form, PPCS.

Estimates of the percentage that go on to develop PPCS vary from 2.3 to 33% based on the criteria applied and the population screened.  Symptoms include problems with emotional, cognitive, and somatic components.  For many, the symptoms resolve in a few weeks, but in some, they may persist for months or even a lifetime.  Given the nature of these symptoms which may be caused by many other root causes, this syndrome is often missed and mistreated as some other condition.  This obviously misses opportunities for appropriate interventions.

The study in focus today looked at children who experienced an mTBI which was significant enough to warrant a single night of observation in the hospital.  They screened the hospital databases for children with ” an event in which the head has been struck or if the brain had an acceleration/deceleration movement after which the Glasgow Coma Scale (GCS) score was 13–15, loss of consciousness (LOC) or an altered mental state lasted less than 30 min, an absence of focal neurologic deficits, and posttraumatic amnesia of no more than 24 hour”.  They compared this group to children without such a head injury buy who had experienced “uncomplicated distal radius fractures” (minor fracture of distal arm bone).

Once both groups were identified, surveys were conducted to assess for symptoms of PCS.  A validated scoring system for PCS symptoms was used and children were diagnosed with PPCS (persistent post-concussion syndrome) if they had 3 or more symptoms on the scoring system which were worse after the mTBI than before the incident.  The study gathered 205 children in the mTBI group and 205 matched controls in the non-mTBI group for comparison.

Ultimately, the mTBI group’s parents reported significantly higher rates of PPCS than the non-mTBI group.  In the children with diagnosed mTBI at time of injury, 25.3 % screened as having PPCS at 6 to 60 months post injury.  This compared to only 2.4 % of the control group.  The most common symptoms of the PPCS group were headaches, concentration problems, frustration, dizziness, irritability, memory problems, depression, and taking longer to think.  From their data, it appears that once children experienced these symptoms for over 6 months, the chance of these symptoms resolving on their own was not good.

These symptoms may then be treated as separate issues unrecognized as stemming from an mTBI.  Various pain meds may be tried for ongoing headaches.  ADHD meds may be prescribed for concentration issues.  Psychiatric meds may be written for mood imbalances, irritability and depression.  None of these will address the root cause of the mTBI.

We can learn some important lessons from this. First, in the midst of the initial injury, we as parents and medical professionals need to consider who is at risk for PPCS.  With this information, instead of waiting for symptoms, we should aim for prevention.  Second, when we see children in our offices months or years later, we should ask about past mTBI.  This looked only at moderately severe episodes of head trauma, but those in our office may not have gone to an ER for care since the knock to their head seemed minor.

Third, while this study did not look at the effects of any interventions, we in functional medicine know that several therapies are beneficial in recovering from mild head trauma.  Given the benign nature of these therapies, we should apply appropriate ones to both the acutely affected and those whose chronic symptoms may stem from a past event.  Helping children live healthier more abundant lives requires time with our patients, intentional and comprehensive histories, and the timely application of optimizing functional therapies.

Tel-Aviv University. “One in four children who have suffered a minor head injury is liable to suffer from chronic post-concussion syndrome, study finds: The long term consequences of mild head injury in children is underdiagnosed.” ScienceDaily. ScienceDaily, 28 March 2022. <www.sciencedaily.com/releases/2022/03/220323101226.htm>.