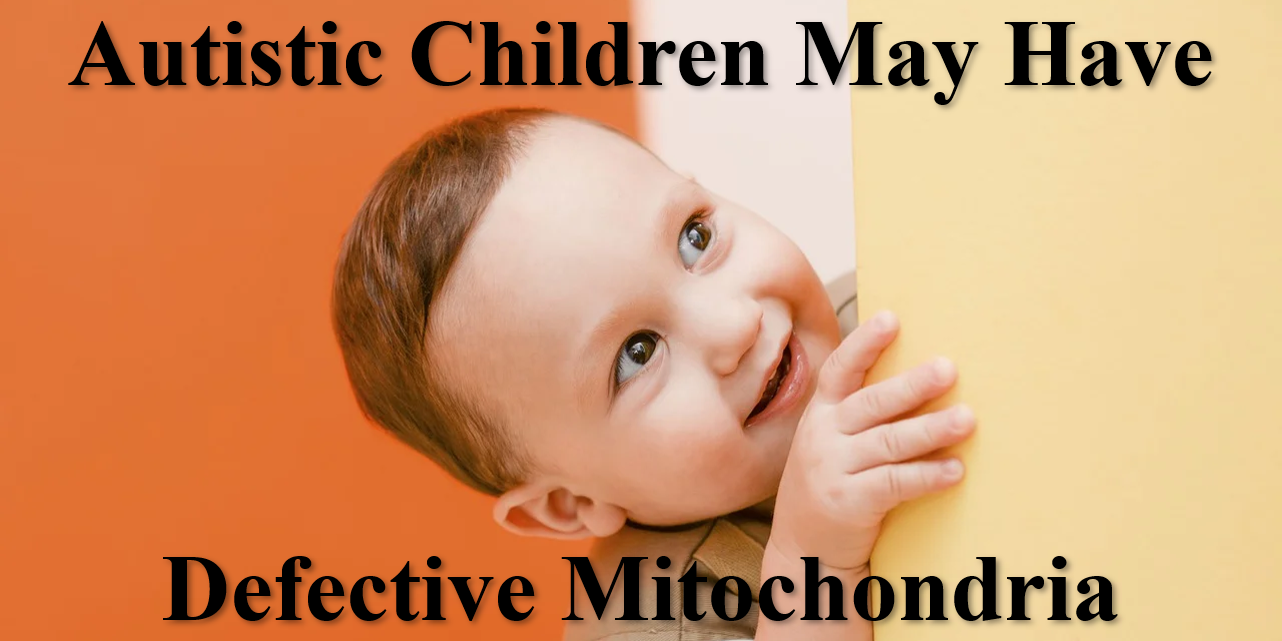 With the growing number of children developing autistic features in today’s world, researchers are on the hunt for the causes of autism.  In a complex and multifaceted condition like autism, this hunt rarely ends an “aha” moment with the one answer suddenly appearing out of the research.  Instead, research inches forward in fits and starts.  The highlighted study offers a potential for a few inches of advance with a small “aha” connecting autism symptoms with the function of mitochondria.

Mitochondria, small organelles in our cells, serve as the energy furnaces to burn carbs, fats, and proteins, producing energy for other cellular processes.  They possess their own special structures including various enzymes and even have their own DNA.  Together, they can take these food molecules and turn them into ATP, adenosine triphosphate, the currency of cellular energy.  In the process, they can also produce various types of oxidative stress which must be handled to prevent damage to the cell.

While we might think of our muscles as being the primary utilizers of energy, the nervous system also requires a continuous supply of ATP for proper functioning.  While slowed mitochondrial function can affect muscle strength and endurance, such dysfunction in the nervous system can lead to brain fog, memory problems, coordination problems, and in children, brain development issues.  Mitochondrial dysfunction has been a leading candidate in the hunt for autism connections and causes. Mitochondrial dysfunction has been discovered in other neurological diseases like Alzheimer’s and Parkinson’s diseases, so the possibly in autism makes sense.

In this study, researchers at the University of California at Davis compared the mitochondrial function of 10 children with diagnosed autism versus 10 neuro-typical asymptomatic children.  They compared a number of mitochondrial controlled chemicals which could indicate whether the mitochondria were functionally optimally or not.  They measured whether certain energy related chemicals were building up in appropriately.  They estimated the function of specific enzymes in the chain of steps leading to energy production.  They measured factors related to have much oxidative stress was building up during the energy cycle.

Several differences were found between the children with autism and those without.  For autistic children:

This research uncovers some possible connections between energy production and the onset of Autism but does not answer all the questions we need answered.  The most obvious question is why these mitochondrial dysfunctions exist.  The researchers primarily considered genetic contributions with a few good hypotheses connected to mitochondrial genetic conditions.  In functional medicine, we can list a number of other possible triggers, including various toxins, like heavy metals and synthetic organic compounds.  Chronic inflammatory conditions from these toxins or from chronic infections can also contribute to mitochondrial disruption.  The timing of triggers and dysfunction with certain developmental milestones could leave autism behind as fingerprints.

The study was small, only comparing 10 children with autism, but still hopefully an “aha” moment for conventional medicine as functional MD’s like myself have been considering energy cycle disruptions for years on organic acid testing in our patients with autism.  Even if we cannot always restore older children to normal lives in autism, we can see significant improvements in their cognitive functioning if we removed mitochondrial dysfunction triggers which are continuing damage.  For those we catch earlier in life and identify the root cause trigger, we sometimes see major improvements.  Helping children live healthier more abundant lives requires keeping an open mind and constant application of all that we know about their obstacles to health.  They deserve no less than our best.