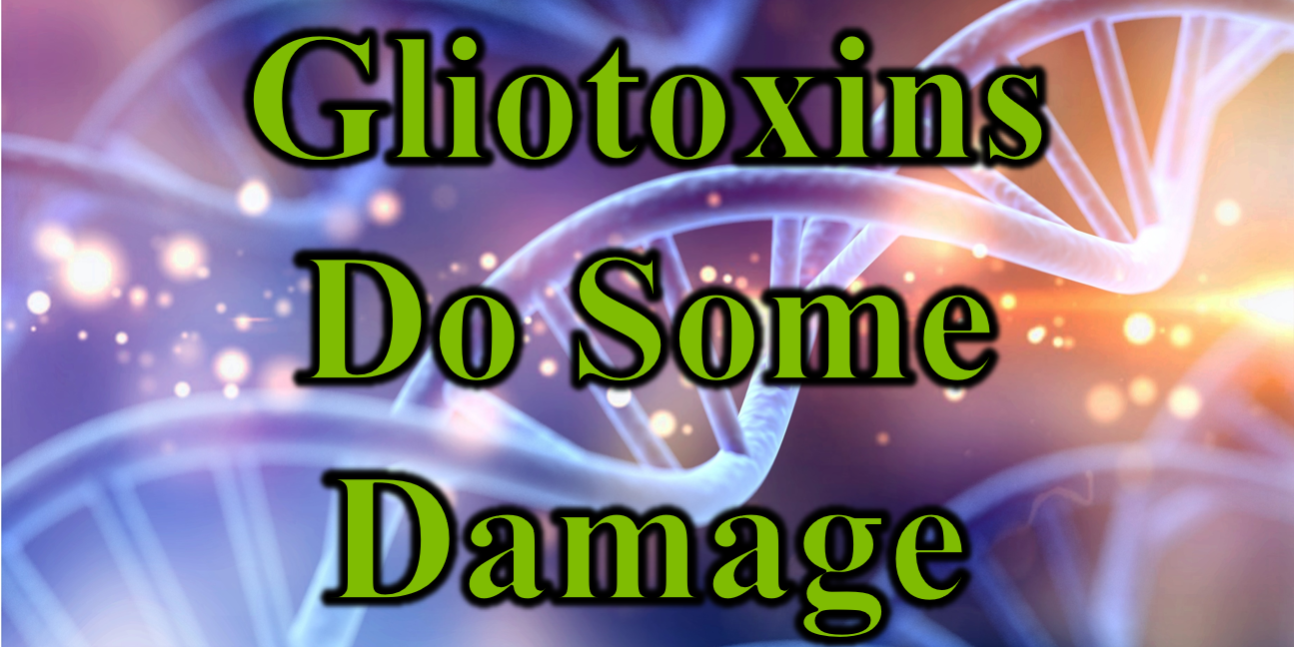 Show me the science!  This situation reminds me of a middle school argument in which a friend would just reply with a “prove it” when confronted with something they did not like.  When it comes to mold toxicity, many in the conventional medical world just can’t fathom that their medical school and residency did not teach them everything.  When one of our mold toxicity patients explains that mold is causing their chronic illness, the knuckle-headed response of many doctors is “Show me the science”.

Take heart, you who are weary of both your illness and the disregard of the medical establishment.  There is science to support the adverse effects of various mycotoxins on your health.  Today’s article reviews the toxicity of gliotoxin, particularly its effects on the immune system.

First, a little background is in order.  ‘Gliotoxin’ refers to a specific chemical made a few different fungal species.  While gliotoxin comes in a few variations, gliotoxin itself is the best example and the most studied.  Not every mold can produce this particular toxin; a specific series of enzymes and metabolic steps are required to create the final product.  While initially found in Trichoderma virens and Aspergillus fumigatus, it has also been found in Aspergillus niger, Aspergillus terreus, Eurotium chevalieri, and Dichotomyeces cejpiii, as well as a few Penicillium and Acremonium species.  Some of these can grow in water damaged buildings, thus exposing the inhabitants to gliotoxin.

The effects of gliotoxin on the immune system are the most understood.  Gliotoxins affect a variety of immune processes, mainly culminating in suppression of our immune system but also contributing to direct cell structure damage.  Studies demonstrate that they can suppression the function of macrophages, the cells responsible for identifying and engulfing invading pathogens to destroy them with various chemicals.  Suppressing the function of these cells can allow bacterial infections the upper hand during an infection.

Gliotoxins may also create a situation where more DNA damage occurs by allowing more reactive oxygen species to accumulate in cells. This damage can lead to health issues like cancer or degenerative disease.  When enzymes tasked with mitigating the effects of such ROS like peroxides are affected, damage to other cell structures can occur.

Sometimes, gliotoxin can trigger apoptosis.  Apoptosis is the controlled process of cell death.  Gliotoxins interact with cell signaling leading to apoptosis at several points.  In some studies, this has been linked with lower numbers of various immune cells available for infections.

One of the more interesting effects of gliotoxin is the suppression of NF-kB, nuclear factor kappa B.  NF-kB normally functions to upregulate inflammation in response to a trigger.  While this upregulation over the long turn can be problematic for chronic disease, suppressed NF-kB can prevent our bodies from properly responding to infections.  We want NF-kB to turn up for infections and turn off when the infection is gone.  Not turning it up in the beginning can be as problematic as leaving it on too long.

One variation of gliotoxin has been shown to induce breaks in our DNA.  Ditholgliotoxin can cause both breaks in a single strand of DNA or both strands of DNA.  This leads to DNA damage that may not be repairable.

Besides the negative immune effects, gliotoxin easily penetrates the blood brain barrier.  Normally this barrier prevents the indiscriminate entry of various chemicals into the brain.  Gliotoxin crosses easily and further damages the barrier, making it more permeable.  If other toxins or inflammatory triggers are in the blood stream, this can be a further problem.

Interestingly, some researchers are also looking at gliotoxin as a pharmaceutical, particularly in the area of chemotherapy.  In some cases, it appears to synergize with other chemotherapy drugs and make some drug resistant tumors more sensitive to therapy.

Overall, gliotoxin demonstrates several pathways by which it can harm us.  The various studies demonstrating these effects include the details on what concentrations are needed to induce such effects.  They also note that different effects occur at different concentrations.  From the standpoint of functional medicine, the point is “proved” by “showing them” this science.  Helping our patients live healthier more abundant lives means providing this proof so they can know enough of the science to be sure they are on the right track in therapy.