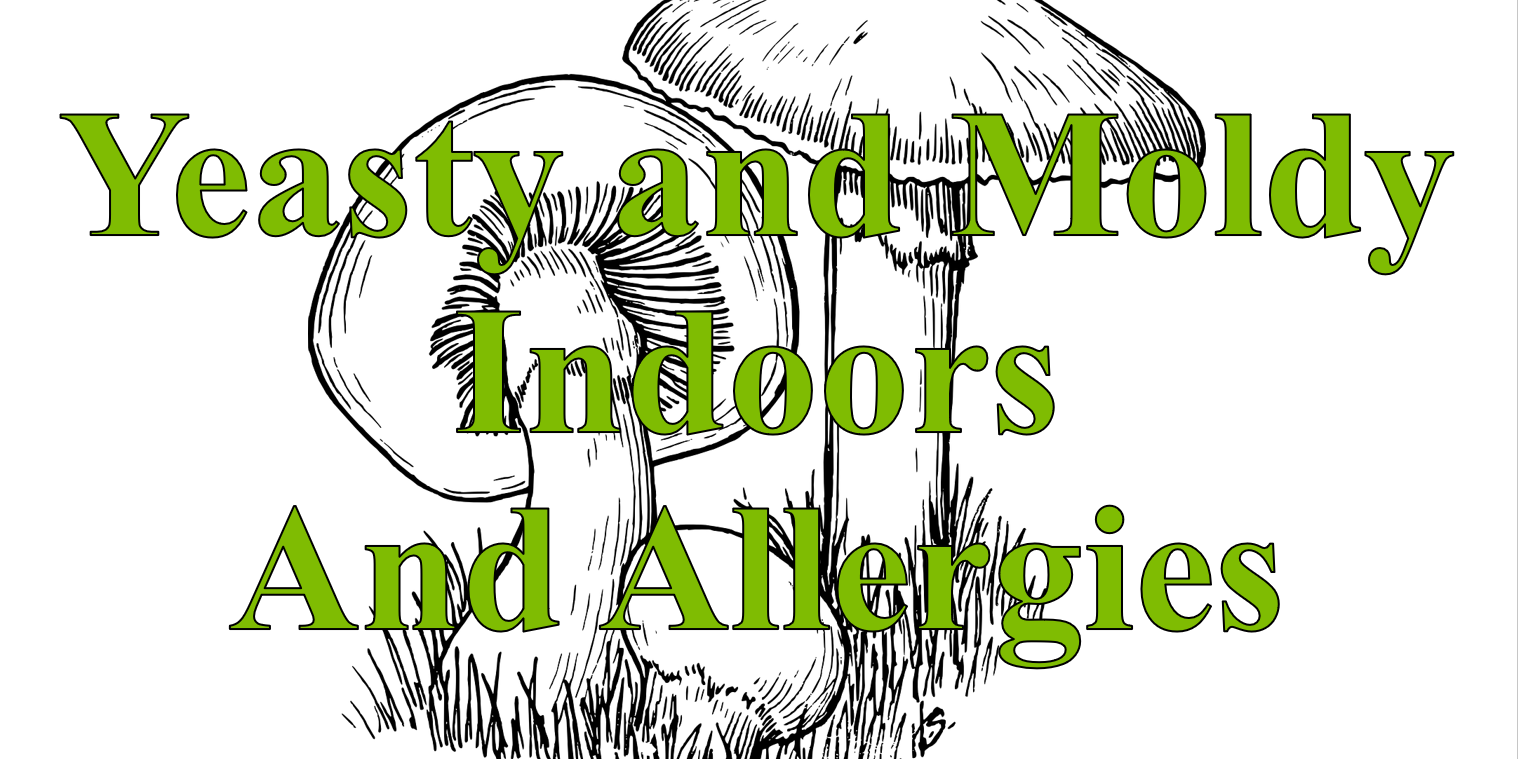 While correlation does not equal causation, the presence of various mold and yeast species in Norwegian daycare centers does suggest the need for more research.  A number of other studies have suggested a connection between mold and yeast in children’s environments and the development of allergies and asthma.  These researchers did not work necessarily towards a causative relationship proof, but they did consider what children in daycare might be exposed to over their early lives.

Any building in which we live or work or spend time will have a microbiome.  Bacteria, viruses, and fungi like molds and yeasts fill in our living spaces indoor and outdoor, keeping the ecosystem running.  The mycobiome refers simply to the last group, the fungi, a group which has been somewhat ignored as most research looks at the bacterial world and its effects on our health.

Prior research attempted to discern any differences between indoor and outdoor mycobiomes, finding that the majority of indoor fungal species came from the surrounding outdoors. The degree of similarity between outdoor and indoor fungi varied somewhat between different seasons.  This group compared their indoor and outdoor samples during the spring when there seemed to be a greater difference.

With the help of teachers and parents they collected 572 samples from doorframes in the daycare centers main entrance, bathrooms, and main room.  From these samples they ran PCR DNA sequencing to determine which species were present.  From this data, they used statistical techniques to compare indoor and outdoors mycobiomes.

Besides stating the findings and considering possible implications, they did not go further in trying to link higher levels in one daycare center with higher rates of allergies or asthma.  They admit that they are just “scratching the surface” of this issue.  I would just add some further considerations and thoughts.

While many remediators sigh or even scoff at the ERMI test we recommend for home mold testing, basically, these researchers depended on the same PCR technology to determine which mold and yeast species were present in the daycares.  The researchers did not look to microscopy for identification of these fungi as it cannot always distinguish between similar molds- the PCR provides a much fuller picture of the mycobiome.

The study refers back to many other studies linking the presence of various fungi in a building with allergic diseases in the inhabitants.  While the conventional medical world belittles the link between mold or yeast and human illness, epidemiology would suggest otherwise.  While not everyone is affected adversely by mold in their homes, many are affected, sometimes severely.  We should not ignore the potential effects just because some are not affected.

When we realize that Aspergillus, Penicillium, and Wallemia are known to produce toxins, should we not then ask how much toxin in a home is too much?  The world of toxicology constantly asks whether a concentration of a known toxic chemical is enough to endanger health.  Can we get more studies and thus real answers on mold toxins?  Not only do we need answers, but we need studies which take into consideration that some people are multiple times more sensitive to these toxins than others. Let’s find safe levels for everyone.

Helping others regain healthier more abundant lives requires applying multiple streams of research to the patient sitting before us.  It also requires individualizing general knowledge to our unique patient’s needs.  Our patients deserve nothing less.

Thanks for alert to: