Lead in Your Head 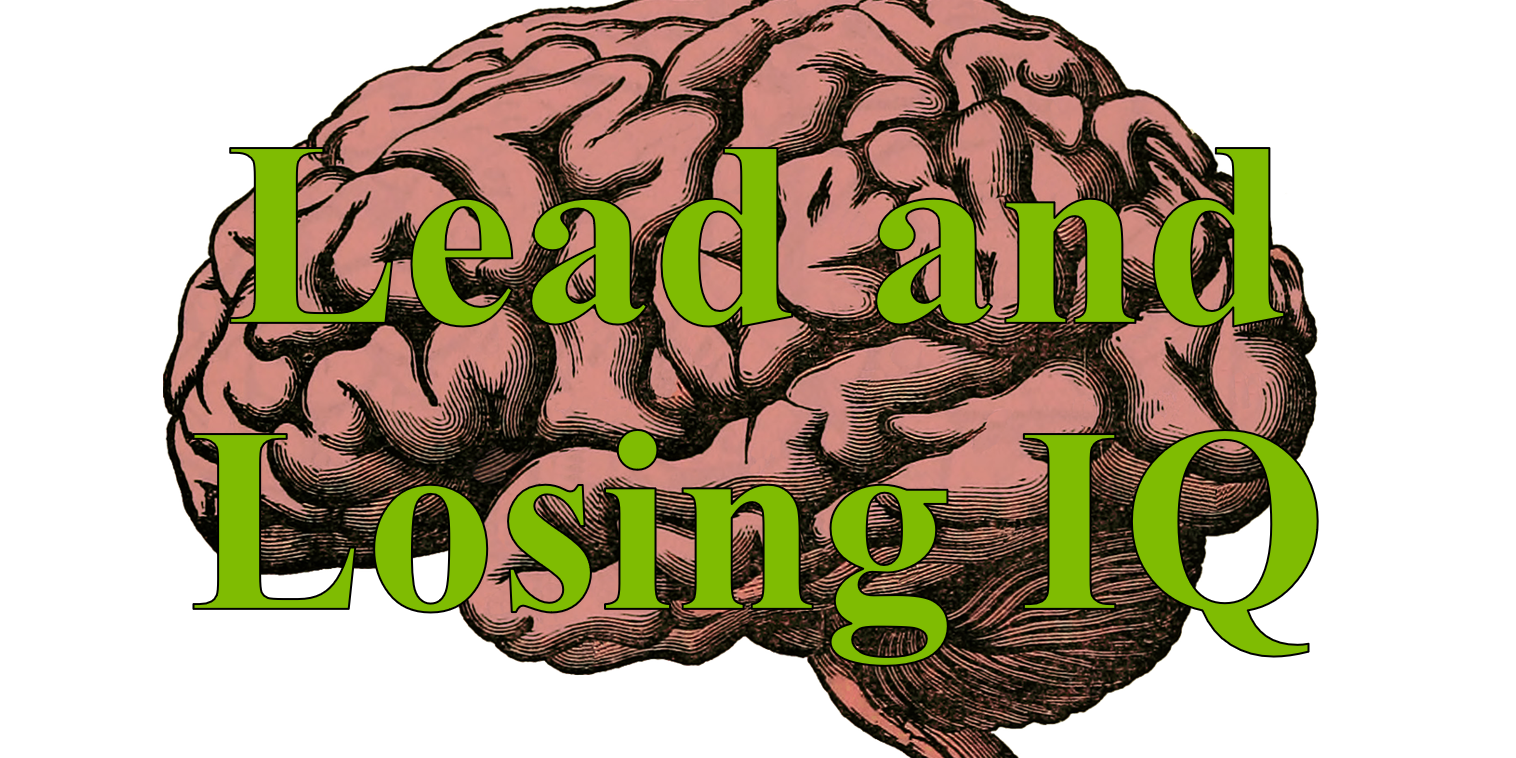 Decisions are never so simple.  Just add some heavy metal like lead to gas so that it burns better and our cars run better.  Seemed simple at the time.  Decades later we all still suffer as a nation from that decision.  Rather than methodically study the possible secondary effects of adding millions of tons of lead into our environment, industry pushed forward.  Now we look back with this study of today’s focus to see what that rashness cost us.

In functional medicine, we look for heavy metals in blood and urine to determine if our patients might have high levels of lead, mercury, arsenic, and other metals.  We know from years of researcher that these metals can impact our patient’s health even in lower than originally suspected levels.  Over the past 10 to 20 years, even conventional medicine has slowly lowered the tolerated level of lead in children’s blood.  As more and more research accumulates, the recognition that even small amounts of lead have adverse effects on developing brains in our children.

This particular study focuses on one area of major impact, IQ, in the generations which lived through the early years of lead exposure through gasoline exhaust.  Their estimate places the toal loss of IQ points across the US population at over 824 million as of 2015.  The rounds out to about 2.6 points per person in lower IQ on average, meaning some lost more and some lost less.

Without delving deeply into very complex statistical details explained in the paper, there reasoning and finding seem credible.  By looking at available national survey data and comparing known levels of lead in children’s blood samples with IQ levels measured, they found that higher lead levels correlated with lower IQs.  They also noted that the period from 1960 to 1975 when the highest levels of lead pollution were present, they saw the greatest decreases in IQ, at almost 6 points lost per person.

To understand their methods and further understand their findings, you should read their paper linked below.  Before doing that, you should consider the implications of this study on current policy choices made by industry and government today.  How many chemicals are being added to our environmental burden annually as new chemicals are produced and manufactured at increasing rates.

Therefore, should we demand that our leaders pause in granting permission for continuing self-intoxication of our population? Should we pressure companies to restrict mass production until impacts are studied sufficiently?

As a society, we consider ourselves so smart, yet as a group we make such foolish decisions in the name of technology and comfort.  Functional MD’s like myself urge you to consider the future impact on your health and the health of your children as they live through these new exposures.  Now is the time to act before we lose another 824 million points in IQ or create millions of new disease diagnoses.

Claire Wilson. “Leaded petrol may have lowered the IQ of over half the US population”.  New Scientist. https://www.newscientist.com/article/2311082-leaded-petrol-may-have-lowered-the-iq-of-over-half-the-us-population/?utm_source=sciencedaily&utm_medium=partner&utm_campaign=sciencedaily_article.  Published March 7, 2022. Accessed March 23, 2022.