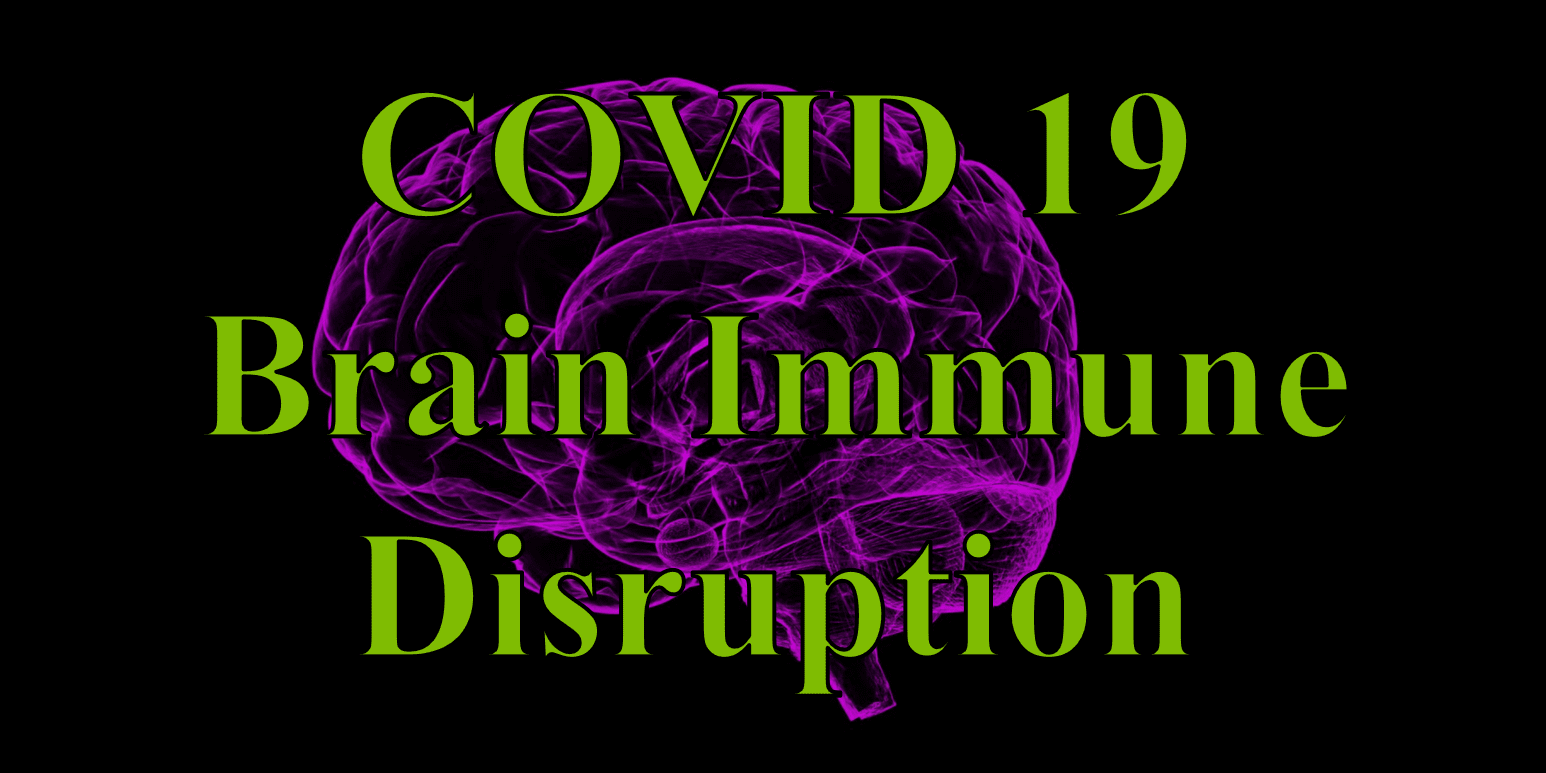 Foggy brains during a viral illness are nothing new as most of us feel foggy during the flu or bad head cold.  This fogginess typically resolves as the infection is clear.  COVID foggy brains can rise to a different level, however, both in terms of severity and duration.  Not that the flu bug can’t kill someone, but the COVID pandemic has seen a higher death rate and is leaving a wake of post-COVID patients experiencing ongoing brain fog symptoms.  Only with COVID has there been a stronger stimulus to understand the mechanisms behind viral induced brain fog.  These researchers appear to be on to something as they uncover how the immune system leads to leaky brains and damaged brains during COVID infections.

The spectrum of COVID related brain symptoms can vary greatly from one patient to another.  The more severe patients can exhibit encephalopathy from either hypoxia or multi-organ failure.  Some patients can have ischemic or hemorrhagic strokes and other post-viral syndromes.  Thankfully, actual large scale brain inflammation is rare.  In the chronic phase of post-COVID syndrome, many complain of ongoing brain fog, sleep issues, autonomic dysfunctions, and other unusual neurologic symptoms.   Pinpointing the exact mechanism or mechanisms for this dysfunction has been difficult.

Obviously, the brain differs from other organs in our ability to biopsy it in order to see what is occurring at a molecular or tissue level.  Skin and many organs can be readily accessed with various biopsies and testing, but the brain resides inside a bony casing and does not respond well to having pieces of it extracted for testing.  At best we take measurements of chemicals leaking out into the blood or have use cerebrospinal fluid from a spinal tap to make assessments.  Only in the case of death and autopsies do we get a closer look at the microscopic changes producing the surface level symptoms.

In this study, researchers took post-mortem brain tissue samples and examined them with various stains to understand what occurred during the illness.  The nine patients chosen for the study were selected for their having had positive COVID tests plus post-mortem MRI scans indicating microvascular changes in the brain.  In comparing observed changes in these patients the researchers believe they are uncovered a likely mechanism by which COVID 19 infection produces neuroinflammation.

At the microscopic level, the nine patients demonstrated leaky blood vessels that led to surrounding inflammation.  Normally, the blood brain barrier, a system of cells and membranes, thoroughly separates the blood and its contents from the nearby brain tissue and cells. This makes the brain cells safe from the majority of infections and many toxins. This leakiness post COVID infection was evidenced by sings of cellular inflammation and increased amounts of blood proteins like fibrinogen in the brain tissue, yet outside the vessels themselves.

The next question was “why more leakiness?”  Through a series of stains looking for possible triggers, they found increased deposits of immune complexes in the same areas where leakiness occurred.  These immune complexes are comprised of antibodies normally directed against foreign proteins and whatever they were attaching to.  Normally they help the immune system fight infections.  While they were not able to yet determine the target of the antibodies, they are confident that the immune complexes were triggering the leaky blood vessels.  They know this from the increased presence and activation of complement proteins.  These complement proteins are known to help open up blood vessels in infected tissues so that immune cells and other necessary proteins can enter the battle.  These changes were found throughout the whole brain and not just one or two areas.

One theory of COVID induced brain damage included the actual infection of the brain by the virus.  This theory does not hold up in this study as very little to no virus was identified in the majority of the brain tissue samples.  Rather than seeing more leakiness and brain inflammation correlating with viral staining, the observed abnormalities coincided with presence of the immune complexes found on the walls of the cells lining the blood vessels (cells are called endothelial cells).

Further confirmation that this leakiness served as an early step in the development of later neurocognitive symptoms came in the form of other identified changes in the same tissue samples.  Increased immune cells associated with inflammation were localized in these areas.  Some were cells originating in the blood and some were cells like microglia and astrocytes which come from brain tissue.  Some of these cells were found to be phagocytizing (eating) nerve cells.  The inflammatory proteins normally found in the blood were also increased around the blood vessels with decreasing levels as distance from the vessels and immune complexes increased.

Changes in which genes were expressed in these areas were identified, changes which suggested that oxidative damage had occurred.  A large number of genes were suppressed in the surrounding tissue, but 6 genes associated with oxidative stress and cell damage were increased.  These changes in gene expression and thus protein production suggest that significant changes were occurring.

Another possible contributor to the brain damage at a tissue and clinical level includes micro-infarcts, blood clotting in the smallest of blood vessels.  These micro-clots do not cause problems easily connected with symptoms or identified by a brain scan.  Instead, they produce more vague symptoms similar to COVID’s brain fog.  In this study, such micro-clots were found in some areas, but were clearly not the only factor in tissue changes and likely not the primary cause of brain changes.

I find it quite intriguing that mainstream medicine and research is using the terms “leaky” after dismissing functional medicine’s use of the term for leaky gut and leaky brain in prior years.  Studies like this validate our approach to helping our patients find root-cause therapies rather than just treating superficial symptoms.  In terms of a functional medicine approach to treating Post COVID brain dysfunction, we employ tools we already have in order to lower inflammation and modulate the immune system.  We also look forward to further insights that cutting edge research like this add to our understanding and our ability to help our patients live healthier, more abundant lives.

NIH/National Institute of Neurological Disorders and Stroke. “How immune response triggered by COVID-19 may damage the brain: Findings could give insight into long-term neurological symptoms of COVID-19.” ScienceDaily. ScienceDaily, 5 July 2022. <www.sciencedaily.com/releases/2022/07/220705162206.htm>.