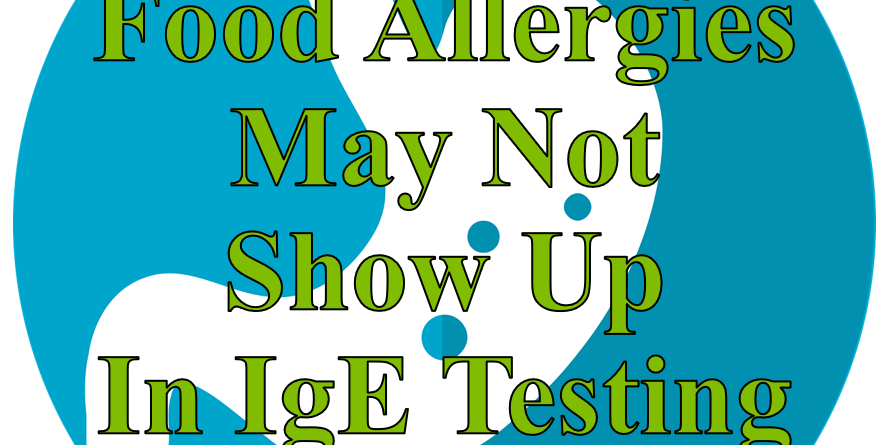 Irritable Bowel Syndrome patients may grow a little irritated when allergists tell them that a particular food cannot be causing their GI symptoms. The allergist looks at either a skin allergy test of a blood IgE antibody test and says “all normal”. The IBS patient, however, knows that the food in question undoubtedly causes them symptoms. So what is the disconnect? Functional medicine has offered a few different answers, but recent research adds an interesting explanation to the mix, local mast cell reactions to IgE.

Backing up for a moment, epidemiological studies suggest that 1 in 5 people in the world experience some less than ideal GI symptoms after eating a meal. Science has uncovered many mechanisms by which our GI tracts develop tolerance to the foods we eat. This tolerance means we do not react with inflammation or other immune response to those foods we eat, yet a bacteria or virus that tags along with the food gets recognized and destroyed.

Epidemiology also provides some correlations between the problematic GI infections and the loss of this food tolerance. A significant percent of irritable bowel patients report that their symptoms began after an infectious GI illness. Similarly, a significant percentage of GI illnesses lead to ongoing GI symptoms related to food intake even after the acute illness resolves.

Prior research indicated that the increased pain sensitivity in these irritable bowel patients was linked to the increased activation of mast cells. Other articles on our site describe in greater detail the function and dysfunctions of mast cells, but the short story is that mast cells are immune system cells which coordinate the activity of many other immune cells through the release of various chemical messengers. Their most well-known messenger is histamine, as it plays a role in all types of allergic reactions.

The current research highlighted in the bibliography describes the step-by-step process by which the researchers confirmed that a particular bacterial infection could triggers a localized immune response in the colons of lab mice when the mice were exposed to ovalbumin protein during the initial infection. When the mice were later re-exposed to the ovalbumin protein they developed objective GI signs of diarrhea and faster stool transit. The changes only occurred when the ovalbumin was injected into the colons and did not occur in mice who did not receive the ovalbumin during the acute infection.

Most interestingly, while the addition of ovalbumin to the colons elicited a response, neither elevated blood IgE nor skin reactions to ovalbumin were noted in the mice. While administration of IgE blocking antibodies stopped the reaction, the reaction only occurred locally in the colons. No systemic effects could be found. After several experimental steps, the researchers believe that the mechanism lies in the mast cells of the colon being sensitized to IgE antibodies against the experimental ovalbumin. In the process, gut bacteria were excluded as a possible contributing mechanism as was general inflammation. The H1R type of histamine receptor was implicated as causing colon nerves to be more sensitive and trigger the actual pain perceptions.

Taking this newly discovered mechanism into the human world, the researchers looked at irritable bowel syndrome patients and assessed whether specific food triggers might be causing similar reactions through mast cells as they had seen in the mice. They used the common food allergens, soy, wheat, gluten, and milk to test out their hypothesis. While these IBS patients did not have systemic food allergies by prior testing, all 12 of the participants showed local reactions to one or more of these food antigens when their colons were exposed to the antigens. Again, further testing showed that mast cells were involved in these processes.

From all this, a functional medicine provider like myself can gather a few nuggets of wisdom to help our patients. The most important might be that we keep an open mind and don’t get caught up in thinking science is settled. Allergy and GI specialists will look down on food antibody testing and elimination diets, saying there is no evidence for them when skin testing shows no reactions to a food. This research confirms that reactions may not show up in blood or skin testing, but still be very active in the local colonic environment. For that reason, we still walk patients through a thorough diet history and consider an elimination diet to see if any of their symptoms could be related to a food trigger. Helping patients restore healthier more abundant lives means applying the latest research to the next patient in our office.