Take a Deep Breath of Honey 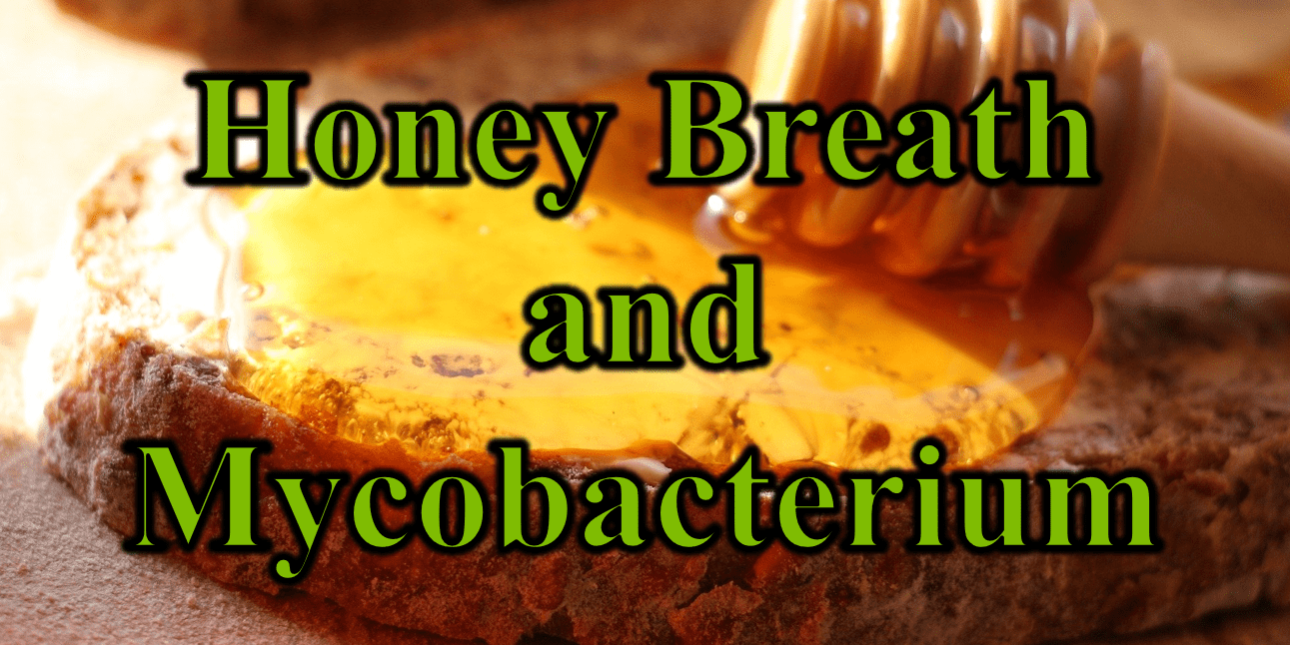 Sometimes researchers get really sweet ideas.  Who wouldn’t want to inhale some honey to treat an infection?  Well, okay, the reality of this new therapy for a drug resistant infection is not as taste-bud-exciting as it initially sounds.   However, the potential benefits for thousands of cystic fibrosis and bronchiectasis patients could be far more exciting than tasty medicine ever could be.  Scientists are finding probable benefits by combining manuka honey with an antibiotic called amikacin to treat chronic drug resistant Mycobacterium abscessus lung infections.

First, a little background is needed for those unfamiliar with these diseases.  Cystic fibrosis occurs as a genetic disorder in which affected individuals cannot secrete adequate microscopic amounts of fluid into various organs, particularly the lungs.  This leads to increasing difficulty breathing from scarring and repeated infections (decreased immune responses) over years until they die an early death if they don’t receive a lung transplant.  Bronchiectasis, on the other hand, is an acquired condition in which the damage of a lung infection leaves widened airways in the lung that remain inflamed and/or infected.  Much morbidity and mortality result from this condition as well.

In both conditions, a bacterial cousin of tuberculosis called Mycobacterium abscessus may establish a long-term beachhead in the person’s lungs.  Untreated, this will cause at least considerable adverse effects, up to and including, sometimes, death.  For a number of reasons, this particular bacteria displays resistance to multiple antibiotics, making eradicating it difficult and sometimes practically impossible.  Medical researchers have searched for multiple means of lessening the bacteria’s impact.

As this search for therapies has progressed, the promise of Manuka honey has led to many other studies which indicate it has anti-microbial effects across a wide range of infections.  In this study, researchers combined Manuka honey with a well known antibiotic called amikacin.  This drug has been used for some years to treat these Mycobacterial infections with partial success.  One downside is that the infections require higher doses which often carry side effects.

By combining the honey with the antibiotic in a nebulized form, not only has the combination killed these bacteria taken from affected patients, but has done so using much lower concentrations of amikacin.  This greatly lessens the risk of side effects.  Using 1/8th the dose of amikacin combined with Manuka seems more effective than amikacin at the full dose alone.

As this model was completely in vitro, meaning outside a person’s body, occurring in a laboratory setting, we cannot guarantee that nebulized Manuka will have the same effects in an actual patient. However, we can be hopeful.  While we wait for further studies, we can stand amazed at the potential for natural therapies like Manuka honey to move medicine forward if only the ingrained resistance to natural therapies can be removed from mainstream medicine.  Helping the chronically ill restore healthier more abundant lives requires pressing forward with real science using the best of natural and conventional medicine combined.

Disclaimer:  Don’t try to nebulize your Manuka honey for your next respiratory infection.  A lot more goes into the process than pouring honey into a nebulizer.  At this point, the do-it-yourself attempt will likely only result in a broken nebulizer.