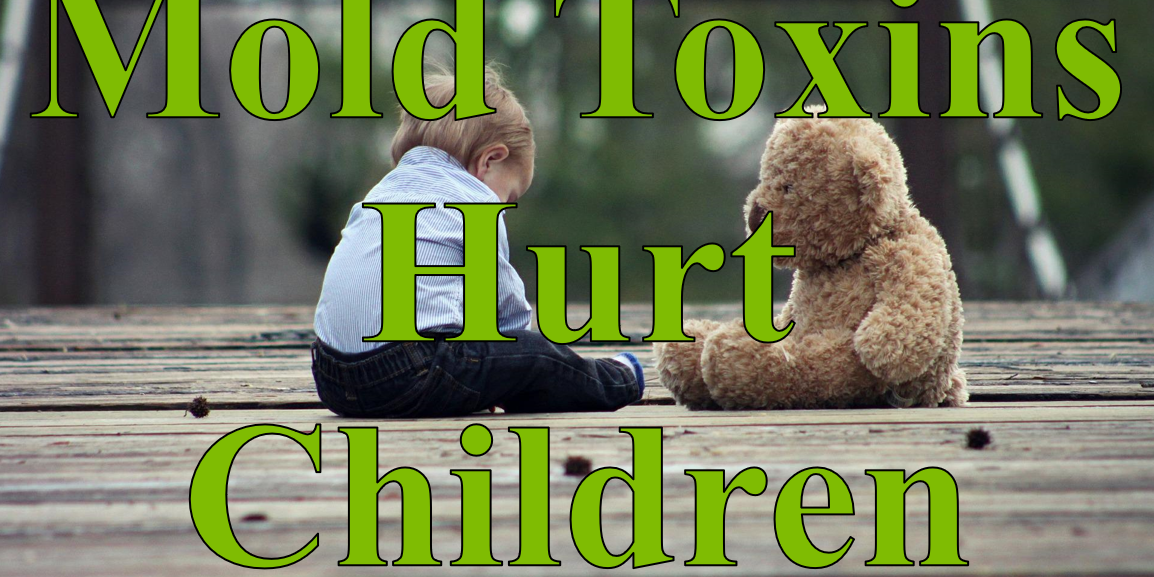 For some reason, many people, particularly in our supposedly advanced nation, ignore what much of the world already realizes. The world’s most advanced medical system can focus so much attention on the big diseases like heart, diabetes, cancer, and others but cannot grasp the impact of mold toxins on our health. In this study, a study with more information and implications than can be packed into this short summary, researchers from Turkey report on their review of the medical literature examining how far the effects of mold toxins go in harming our children.

So many patients leave mainstream medicine with more questions than they had when they first consulted their PCP or specialists. Their friends with simple conditions walked away from the same offices with improvements and recoveries. The patients with mold toxicity walk away with few to no answers and sometimes with accusations. The doctors don’t know what is causing the various and random symptoms, so they refer to other specialists or just suggest that it is all in the patient’s head.

Without a clear answer, parents begin searching for something outside of the mainstream box of medicine. They scan the internet for insights or investigate online groups for similar stories. They bring ideas back to the regular medical system hoping to get some help, but instead are told that things like mold toxicity are just myths and scams. Faced with this dismissal, they lose heart even more.

Just maybe, they decide to read the medical literature directly. Just maybe, they run across articles like the focus of today’s summary.  This article and others like it seem very straightforward. Dozens of studies, if not 100’s by the time one steps from one citation to the next, suggest a link between health, childhood health in this case, and mold toxins. They wonder how this much medical support for the negative impact of mold toxins on health could be wrong as the mainstream claims.

Reading through this analysis of the literature pertaining to mold toxins like aflatoxin, ochratoxin, trichothecenes, zeranol, patulin, and fumonisin, they find that much interest has been poured into determining what effects such toxins can have on children from their beginning as a fetus all the way through their adolescence. Third world countries know that such toxins can affect the nervous system, the GI system, the hormonal system, the immune system and more. They have seen and studied such effects even to recognizing the contribution of mold toxins to death rate.

A poor attempt could be made to alleviate the need to read this for yourself, but instead my hope is that this gives you just enough to get you directly to the article itself. While it is not available by free text, most authors will share a copy by email if you contact them directly. Take the time to obtain such a copy.

The bullets that are helpful are included here:

All in all, the paper goes into further details on these and other findings. It also offers 101 further citations to consider in the huge body of evidence implicating mold toxins in child health. Helping our patients live healthier more abundant lives requires us to acknowledge the facts of science and apply them to the recovery of patients mainstream medicine has cast out. It also means sharing this research and understanding with you and those open to such evidence who are still in mainstream medicine.