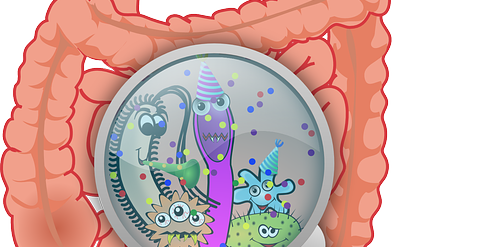 In caring for those oppressed by mycotoxins, a functional MD like myself cannot ignore any body system. By definition, Chronic Inflammatory Response Syndrome presents as a multi-symptom, multi-system disease. Mycotoxins enter our patients’ lives in multiple ways, through air, skin, and food. To enter their lives and restore their health, we are constantly trying to understand mycotoxins’ interactions with each of our body system’s physiologies. This paper focuses our attention on the GI system as it encounters various mycotoxins in foods.

First, we must consider that the majority of research findings pertain to agricultural settings for poultry, pigs and other livestock. Some of the findings may not be perfectly applicable to human health, but at the very least, they cannot be ignored when the changes induced by mycotoxins are so stark. Some of the findings may not apply as the type or concentration of a mycotoxin may be different in the setting of a barn versus our dinner table. Therefore, the findings of this paper and the papers it cites probably raise more questions than they answer. As the agricultural industry spends billions on research and mycotoxin mitigation, the world of human health care should take notice and begin answering those questions.

With that in mind, we look at what this paper may offer in terms of insights and further questions. On one hand, at least in the agricultural world, this issue is real as evidenced by a BIOMIN Feed Additive (Shanghai) c., Ltd report (1) showing the presence of tricothecene and fumonisin toxins in corn being 91% and 93% of samples respectively. This paper looks at the frontline effects as these mycotoxins first encounter animal cells and tissues in the GI tract. It describes documented effects on intestinal cells’ physical barrier, immune barrier, and microbial environment. The punch line of the paper stands out in showing how various mycotoxins produce direct effects on the GI system impacting the animal’s health.

In terms of physical barrier changes, various studies on several mycotoxins indicated various responses. In some experiments, the permeability of the intestinal cell layer was increased which would allow more chemicals of other types to enter. In some experiments, the finger like villi of the inner lining are flattened lowering the absorption area and enzymatic surface area. In some experiments, the number of goblet cells to produce mucous were lowered, and mitochondria showed degradative changes occurred. Studies showed several changes in the genetic expression of tight junction proteins or increased oxidative stress which included DNA damage. A gut exposed to mycotoxins was no longer physically as strong.

In terms of the chemical barrier, other changes were seen. The mucous layer provided by intestinal goblet cells and the microbial world living there was altered. The expression of genes playing roles in mucin production were altered. The gut often produced more anti-microbial peptides which appear to have some benefit in protecting against mycotoxins’ effects.

In terms of immune function, a variety of partially understood changes occurred with exposure to mycotoxins. The messenger RNA (genetic material used as the blueprint to make proteins) for antibodies were lowered in some cases. The relative numbers of different immune cells such as neutrophils were altered in some cases. The levels of some cytokines (immune system chemical messengers) were increased while others were decreased. Overall, the immunological physiology of the GI tract changed with exposure to mycotoxins.

In terms of the microbial environment of the GI tract, several studies clearly indicated changes in which bacteria lived in the intestinal mucous based on exposures to mycotoxins. At times, this seemed to occur in response to some bacteria feeding on or absorbing the mycotoxins and thus increasing in number. At times, some bacteria like lactic acid producers decreased in number. Imbalances in the normal flora were apparent in many studies. Given the emerging recognition of the importance of our gut flora to our health, these changes may portend direct or indirect harm to our health.

With such clearly demonstrated effects on the gut barrier and function in multiple studies, human medical research should take more seriously the harm that mycotoxins may cause in an increasingly toxic environment. Should the mycotoxins similarly lower the functional protection barrier in our GI tract, we may be not only impacted by the mycotoxins themselves, but possibly other toxins entering or increased sensitivity to normal food proteins. As a functional MD working to guide others to a healthier more abundant life, I must discern what factors impact on my patient’s health so I can equip them to protect themselves and heal.

God has designed our bodies with resilience to withstand many of the effects of the fall in our physical world. We can withstand or recover from a multitude of toxins from the external world. Therefore, we should not live in complete fear of our world. However, we are mortal and our resilience/tolerance has limits. We must be wise to avoid excessive toxic exposures without living in constant fear. This requires the open eyes of knowledge combined with the skill of discernment. All our daily foods are likely tainted with something that may harm us. Knowledge results from knowing which are the most dangerous. Wisdom works out by avoiding or limiting that which is more harmful and trusting God’s design to handle hidden dangers and more miniscule exposures.

Biomin . Report on the Detection of Mycotoxins in Raw Materials and Feeds in 2018. Biomin; Inzersdorf-Getzersdorf, Austria: 2019. [Google Scholar]

I would encourage you to look at the original article and peruse its bibliography as proof that mycotoxins are potential sources of harm to humans.