Veggies for your ADHD 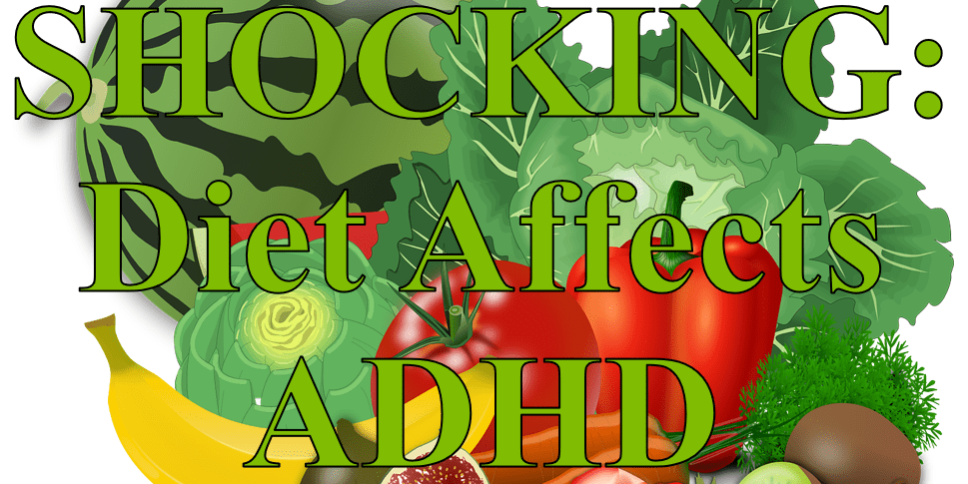 Forgive me, but I am still a little shell-shocked.  After years of mainstream medicine downplaying the role of diet and nutrition in the severity of Attention Deficit Hyperactivity Disorder, we actually get a study which demonstrates a connection between diet and ADHD symptom.  We have known that imbalances in brain neurotransmitters contribute to ADHD.  We have known that nutrition affects neurotransmitter balance.  Now the dots have finally drawn a clearer connection.  Hopefully this will lead to further studies and better guidance as to which nutrients are most important.

With up to 10% of American children diagnosed or suspected to have ADHD, there has been increasing interest in finding treatments and prevention strategies.  The inattention and hyperactivity which are hallmarks of the disease are enough to cause problems for school, family, and other social situations for children and their families.  The other co-morbidities, Oppositional Defiant Disorder and Disruptive Mood Dysregulation Disorder, further exacerbate this life disruption.

In searching for contributing triggers and factors, it is clear that ADHD has multiple factors involved in its initiation and severity (5).  Genetics provide a measure of increased susceptibility.  Environmental factors like lead, cigarette smoke, and pesticide have been linked to ADHD.  Other studies have found correlations between “artificial food additives, fatty acid imbalances, and vitamin and mineral deficiencies” (6).  Other studies have reported improvements in symptoms of ADHD with zinc, magnesium, iron, and omega 3’s (5).

By looking at 134 children with mild to moderate ADHD, researchers primarily evaluated whether a 36-ingredient vitamin/mineral supplement would alleviated symptoms.  Along with the supplement intervention, they surveyed the dietary patterns of these children. While the overall dietary pattern between children with ADHD and normal controls was similar, the number of fruits and vegetables consumed appeared to lower inattention symptoms.

Other studies have correlated various dietary patterns with a variety of hyperactivity and impulsivity symptoms.  Further researcher needs to be performed to better understand the specific effects of various food groups and understand the mechanisms through which these nutrients are acting.  For now, we can assume that advising parents of children with ADHD to feed their kids a few more fruits and veggies is a good idea.  Helping children live healthier more abundant lives means thinking outside the pharmaceutical box and looking to the natural options we have.