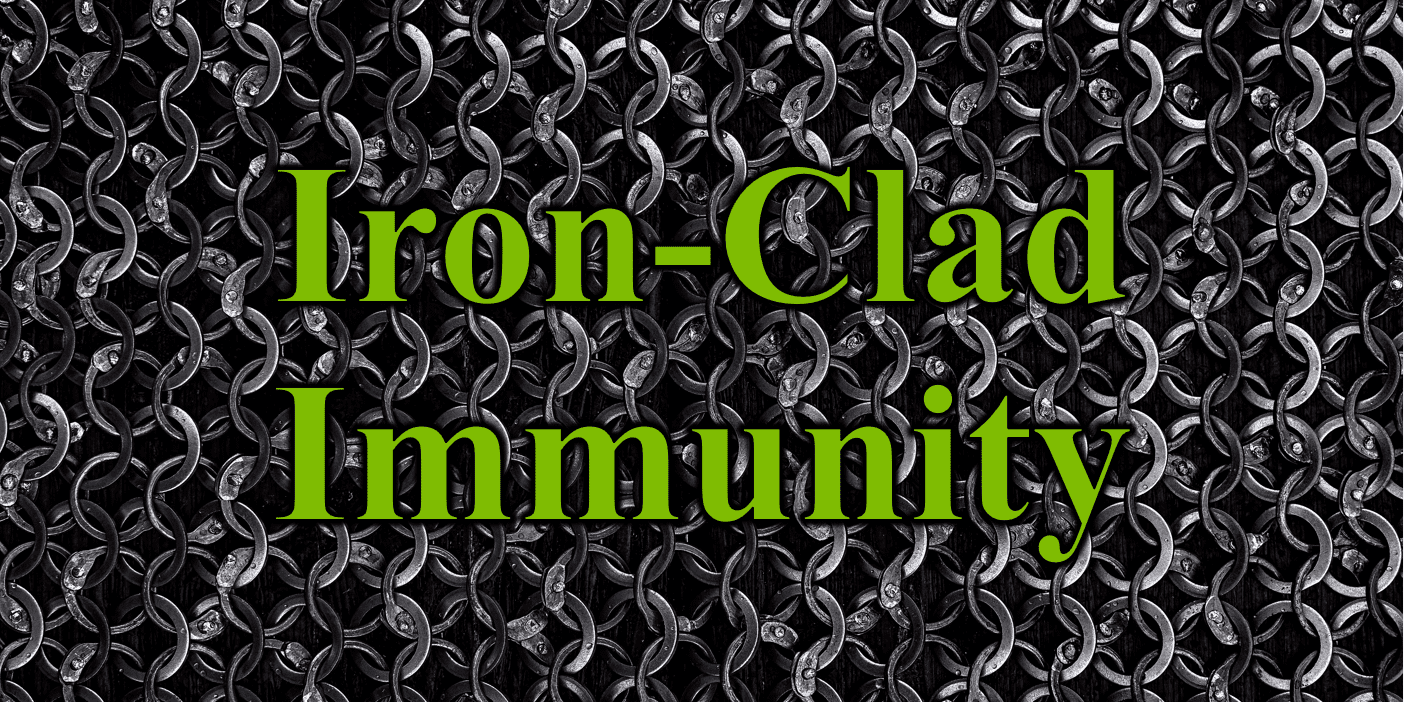 A study of the history of warfare emphasizes that an army’s supply lines are often the difference between victory and defeat.  Our immune system’s battle for our health, though enacted at a microscopic level, likewise depends on supply lines.  The recent pandemic, by highlighting the effects of nutrients like vitamin D on the outcomes of the viral infection, encourages even the most non-medical individual to consider their immune system supply chain.  Many searched stores for vitamin D, vitamin C, and zinc; this paper asserts that iron deficiencies also deserves attention in fortifying the immune system supply chain.

My Immune Prepper 101 course http://sfmempower.com/ spends a while session on the various basic life nutrients play a role in keeping our immune system working at optimal levels.  Even this in-depth course does not mention iron as a key nutrient beyond its role in energy production needed for normal body function.  The biggest reason for leaving iron out of the Immune Prepper 101 list comes in that this paper reports a new finding previously unrecognized.  In other words, the researchers just discovered something new.

As a critical nutrient for energy production and oxygen delivery, iron balance is needed in our bodies.  Too little and our blood count drops, leaving us anemic and tired.  Too much and some of our organs find themselves overloaded and dysfunctional.  Our bodies depend on iron intake in our diet and use two proteins, IRP-1 and IRP-2, to keep iron stores balanced for optimal function.  Mice bred without both of these proteins never survived the womb.

As researchers studied the effects of modulating these proteins in adult mice, besides the expected changes in iron and hemoglobin levels, they discovered, surprisingly, that neutrophil counts were much lower in the affected mice.  These neutrophils are a key immune cell in the fight against invading bacteria. When low levels of iron were present, the bone marrow, where blood cells are produced, was not capable of producing as many neutrophils.  The circulating number of neutrophils dropped and logically, immune function could be affected due to fewer bacteria fighting cells being in action.  The direct effect on the immune system was not measured, but the inference is reasonable.

An intriguing aspect of the effect on neutrophils arises when one considers that our bodies fight bacterial infections by sequestering iron during an infection.  Most bacteria require some iron supply in order to reproduce.  By moving our circulating iron into storage proteins like ferritin, the bacteria cannot access a needed nutrient and do not replicate as fast.

A downside may occur if this iron is pushed too far into storage and triggers effective iron deficiency for the bone marrow trying to produce blood cells.  Individuals with chronic immune activation often develop anemia as less iron is available to make blood cells.  While further research is needed to confirm the effect of iron on neutrophils, this mechanism could result in a degree of weakened immunity for those acutely or chronically inflamed.

Over succeeding experiments and study, we should get a better picture of what this means for human health.  For now, we can add one more reason to monitor and to replace deficient iron in our patients.  We can also marvel as the intricacy and complexity of our immune system granted us by our Creator.  Helping our patient restore healthier more abundant lives requires both this continued learning and our appreciation of such a marvelous system.

Immune Prepper 101 course.  SFMEmpower offers a 12 part self-study course bringing the clinical experience of Dr. Eric Potter and his Sanctuary Functional  Medicine clinic to your screen, empowering you to take control of your immune health.  Click below to learn more and equipping your immune system for optimal function.  A free e-booklet is offered at the link.