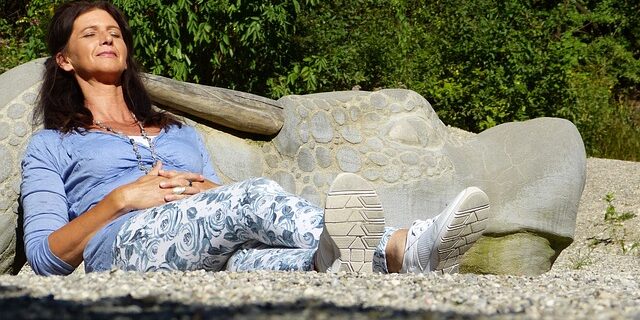 Menopause, defined simply as the ceasing of menstruation, brings with it a plethora of changes to a woman’s body. Although there are a variety of reasons for a woman’s monthly cycle to stop, the most common one is menopause due to hormone loss, and specifically, estradiol, or estrogen loss. Although we are increasingly seeing women go through menopause at younger ages, with some as early as their late 20’s, the average age for menopause is 52. Women whose mothers go through early menopause naturally (and not as a result of a total hysterectomy) will often follow the path of their mother and enter menopause earlier than the average women. Women who eat a clean diet, avoid toxin exposure when possible, and take part in regular physical activity often are on the later end of the spectrum in terms of when they reach menopause. Additionally, some women are pushed into early menopause by things like chemotherapy and radiation.

Women will often complain of central fat weight gain as well as loss of lean muscle mass up to 10 years prior to their periods stopping. Although this is often due to Testosterone loss (and is easily remedied with Testosterone Supplementation), Estradiol also plays a role in some changes. Experts in Bioidentical Hormone Therapy have long touted the benefits of Estradiol as being far and above what more traditional medical providers assume, which is that Estradiol is only good for symptom relief (from hot flashes mostly) and some protection from Heart Disease.

Although not yet published, a recently accepted study in The Journal of Clinical Endocrinology & Metabolism in May 2018 showed that supplementation with Estradiol (an estrogen hormone that women stop making when they enter menopause) actually reduces visceral fat and is associated with lower BMI (Body Mass Index).

Three pounds may not sound significant, but when you look at it in light of the diseases it raises your risk for, it’s important. The study additionally found that when Estradiol was initiated early in menopause, that the age-associated fat gain was either significantly lessened or prevented altogether. Given that studies continue to prove the benefits of taking Estradiol as far and above alleviating hot flashes and lowering heart disease risk, isn’t it great to learn that Estradiol can also lower your risk of Type 2 Diabetes, Breast and Colorectal Cancer, Stroke, High Blood Pressure and Alzheimers, all the while potentially affecting your fat accumulation and waistline at the same time?