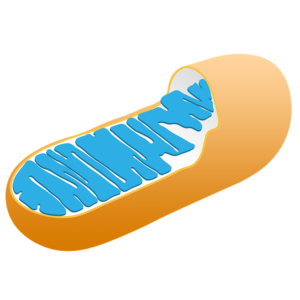 In the early days, coal miners would use canaries deep in coal mines to monitor for dangerous gases which might kill the miners. The canaries were more sensitive and would show signs of distress at low gas levels before the miners would sense danger themselves. In our cells, something must sound the first alarm and set in motion defense mechanisms when viruses or toxic chemicals affect DNA within the cell. Scientists long to understand this early warning system since it affects both our ability to defeat viral infections and cancer’s ability to become chemotherapy resistant.

Prior research such as that by Dr. Robert Naviaux on the Cell Danger Response (from prior blog) indicated that the mitochondria, our cell’s energy producing organelle, plays a central role in each cell’s response to danger. The mitochondria clearly shift the cell between a “business as usual” state and other states of activated response or even moves it toward apoptosis, programmed cell death. One cell’s processes can then lead to effects on neighboring cells as the first cells release chemical messengers that affect other cell’s mitochondria.

In this research by the Salk Institute, scientists examined how mitochondria responded to the chemotherapeutic agent doxorubicin. They had previously noted that viral infection would induce mitochondria to release small packets of DNA which had been damaged by viral replication. These small DNA packets would stimulate an immune response. In conditions of chemical damage to the mitochondrial DNA, a similar process would occur.

They found that the same genes were turned on by both viral invasion and the chemotherapy doxorubicin. A group of interferon stimulated genes (ISG) were activated which protected the cell’s DNA from harm. These same genes were turned on when exposed to doxorubicin and made the cell more resistant to the chemotherapy drug. It appears that the mitochondria act as a canary in a coal mine suffering DNA damage there before the cell’s nuclear DNA is affected.

While oncologists are working on ways to manipulate this hardwired response which backfires on us by making tumor cells resistant to treatment, we can use it to remind ourselves the importance of mitochondrial health. Our mitochondria’s proper functioning effect not only our energy levels, but also play central roles in other diseases. In this study’s example, it is cancer. In others, mitochondria play roles in degenerative diseases. At other times, our bodies’ abilities to withstand oxidative stress depends on proper mitochondrial function. Even chronic pain is sometimes born out of mitochondrial dysfunction. For functional MD’s helping patients to discern daily choices which will lead to healthier more abundant lives, we consider a few mitochondrial health markers in all our patients. We want B vitamins to be optimal as they are needed in multiple steps of energy production. We want good fats in patients as healthy cell membranes are needed also. We teach patients how to remove and to avoid toxins that block energy cycles. We search for inflammation and treat its sources whether from infection or poor dietary choices. If you are thinking “that probably takes a lot of time for Sanctuary to do”, you are right, but your health is worth our combined efforts at restoring health.

Salk Institute. “Mitochondria are the ‘canary in the coal mine’ for cellular stress: How some cancers resist chemotherapy.” ScienceDaily. ScienceDaily, 14 December 2019. <www.sciencedaily.com/releases/2019/12/191214122543.htm>.