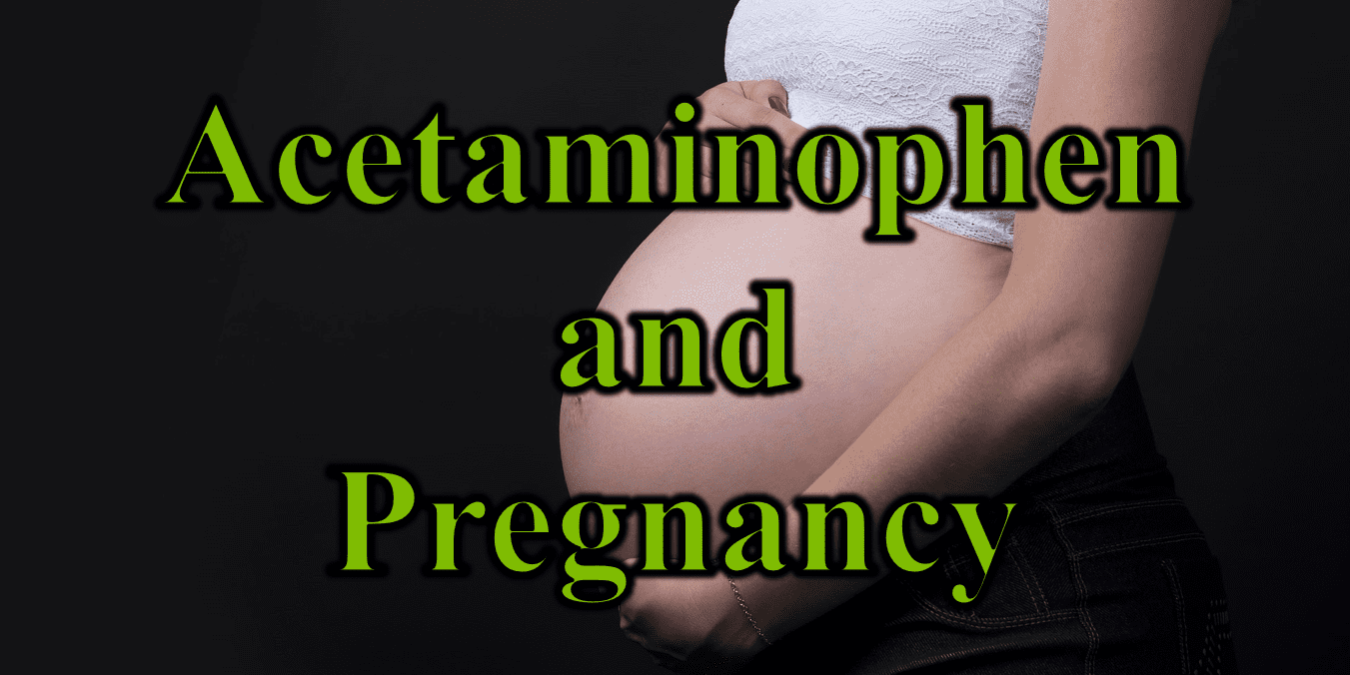 Settled science sometimes unsettles.  Due to the universally recognized critical sensitivity of infants in the womb to toxins and stress, a wide body of evidence and resulting recommendations address what medications are safe or not safe during pregnancy.  Health care providers and expecting mothers depend on these recommendations and guidelines to protect their little ones from present or future harm.  For decades, acetaminophen has been cleared as a category B medication in terms of use by the mother during pregnancy and surveys indicate that half or more of expecting moms use this medication for some symptoms during pregnancy.  This all may change as growing evidence indicates that this settled safe drug may not be so safe, an unsettling possibility for many.

Given that across the world, about 50% of women report using this medication during pregnancy (4), the potential ramifications are astounding to consider.  A few percentage points increase in negative health outcomes come impact millions.  Enough evidence is mounting that a recent call for precautionary action came through a recently published consensus statement (4).   Studies prior to the one in focus here suggested links between the drug and various neurobehavioral conditions such at attention-deficit hyperactivity disorder (3,10,11).  Interestingly, some studies (12) revealed that IQ was affected differently depending on whether the medication was given for fever or for another reason.  In pregnant febrile moms, acetaminophen did not produce a statistical difference in IQ, but for non-febrile uses of the drug, IQ was slightly lower in the children years later.

As always, correlation does not confirm causation, so other researchers are considering and studying possible mechanisms through which acetaminophen might cause these changes.  They know that it can cross the placenta and enter the developing fetus but the direct effects are unknown (5).  Mice model research suggests a role of the endocannabinoid system or the fetal liver in regards to the first blood stem cells (5,14).  Through the change in the immune system, acetaminophen could affect the development of the fetal nervous system (16,17).  Beyond that the medication might affect both the mother’s and the infant’s gut microbiome, also then potentially impacting on the brain development.

Another potential mechanism could work through the impact of maternal or fetal stress on the development of the hypothalamic-pituitary-axis (HPA) in the infant.  Many other studies are investigating the links of prenatal stress to later child outcomes.   The increase in cortisol during a pregnant mom’s stress may affect the fetus, but normally the placenta hinders or blunts the effect by metabolizing the cortisol.  Chronic stress may hinder the enzymatic protective mechanism (25).  The elevated cortisol reaching the brain structures known as the amygdala and the hippocampus may affect the development of these brain regions dealing with emotions and memory respectively (24).

In this particular study from first time pregnant mothers in Pennsylvania, 1,011 mothers reported acetaminophen use during pregnancy while, during the initial survey, 1,411 reported no use.  The mothers were evaluated for levels of stress and depression and then interviewed at 1, 6, 12, 18, 24, 30 and 36 months postpartum as well as administered an evaluation instrument, the Child Behavior Checklist, at the 36-month mark.  With these objective measures, the researchers were able to control for the effects of sheer stress which might increase the use of the medication in question but actually be the cause of neurobehavioral changes later rather than the medication itself.

Several potential confounders (factors that might bias the results or be the actual underlying determinants) were measured and weighed in the final analysis.  The primary potential confounder was prenatal stress and this was measured and controlled for in the results.  They also looked at the used of other non-prescription or prescription medications as 30-40% of study participants reported such uses.  They also considered the effects of labor induction, cesarean delivery, maternal education, race, and other factors.

Ultimately, after controlling for these potential confounders, they reported that the maternal use of acetaminophen demonstrated a statistically significant effect on reported sleep and attention problems at age 3 years.  Before throwing away your acetaminophen bottle, understand that while the differences were significant, the risk is not absolutely guaranteed bad.  For reported sleep problems, the adjusted odds ratio was 1.23, meaning there were 23% more reports by the moms.  For reported attention problems, the adjusted odds ratio was 1.21, or a 21% increase.  Also important to keep in mind is the fact that both sleep and attention problems were reported in those 3 year old whose moms had not taken the medication.  Besides that, in 5 other neurobehavioral measured outcomes, there was no statistical difference between the groups.

From this study and the others leading up to it, functional medicine pediatricians like myself and you as an expecting or future mom are reminded of some important principles. First, what goes in mom usually affects the developing infant unless proven otherwise.  Second, settled science is actually never truly settled.  Be open to changes and keep pressing for better understanding.  Finally, take the time to monitor what goes in your body before, during, and after pregnancy.  Any exposure has potential effects through the placenta or through breastmilk.  Helping our next generation live healthier more abundant lives requires diligence, knowledge, and courage.