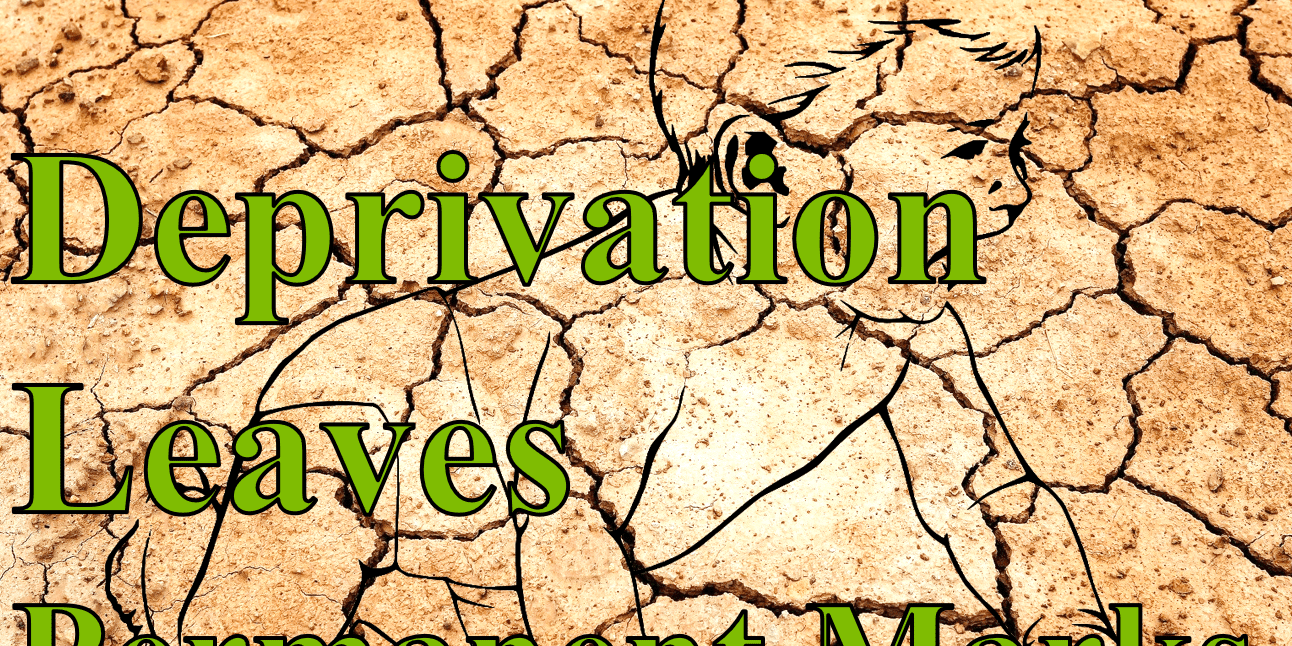 Unlike those who consider life to be an illusion, we all know that our experiences can leave long-lasting effects on who we are.  For any pediatric health care provider and many adopting parents, the fact that early life deprivation for children leaves life-long effects is an undeniable conclusion.  Having worked with many families who adopted children domestically or internationally, we have helped them understand that the symptoms experienced by their adopted and precious children may be the result of events very, very early in their life.  This study in focus today describes some objective findings which provide further insight to what changes take place in the brains of children deprived early in life.

Of course, neurological research is uncovering many ways in which our brains can adapt to various stressors and injuries.  This adaptability is called neuroplasticity, meaning that our brains and the cells which comprise their neural pathways can change in ways that adapt to things like strokes, toxicities, and psychosocial stressors.  This allows the brain, and thus our lives, to adapt and overcome and bypass injuries.  Despite this amazing ability to adapt, our brains still have their limits.  Initially, the adaptations can greatly minimize adverse effects, but eventually the stressor overcomes the flexibility and our brains become maladaptive.

Young children’s brains are adapting and growing at an amazing rate in the first years of life.  I have seen children with large strokes who appear practically normal as their brains bypassed and rewired around the missing areas through this neuroplasticity.  However, for those of us working with the symptomatic children who experienced some form of nutritional or physical or relational deprivation early in life, we see so many who did not fully overcome the severe stressors, particularly in international adoption.  Many children start their lives in orphanages that cannot provide optimal nutrition nor optimal social and emotional interaction, as would be possible in an actual family.

Researchers in the field of pediatric neurology seek to understand how these stressors leak to the maladaptive changes so they can target interventions as early as possible to limit the damage.  Of course, finding ways to limit the triggering stressors through supporting orphanages and assisting the adoption process are crucial, the reality of our fallen world is that some children are going to face such deprivation and we need to help them recover as much as possible while working to prevent what we can.

Difficulty arises, however, in trying to understand how the stressors lead to the observed long-term effects both in terms of symptoms and in terms of objective findings.  Ethically, researchers cannot choose 50 babies on which to inflict deprivation and 50 babies who are nurtured and treated well.  For the most part, researchers can only do observational studies by looking back at children who were deprived and evaluating them for objective changes now.  They can also follow children known to be deprived and see what happens in the future.  This effort all depends on the cooperation of parents who have adopted the children.

This particular study compared children adopted out of Romanian orphanages during a given time period compared to children adopted out of British orphanages. The Romanian orphanages were known for their very non-ideal conditions in terms of nutrition and relational interaction with the babies.  The researchers then used scans of the baby’s brains, processed to determine volume (size) of the whole brain and specific areas of the brain.  Both groups of infants were eventually adopted into families in Britain such that they received similar post adoption care.  Over subsequent years, their development and diagnose of neurocognitive disorders was tracked.

The study reported that children who experienced greater durations of deprivation tended to exhibit more attention deficit hyperactivity disorder, disinhibited social engagement, and autism for years, sometimes even into adulthood.  By measuring the total brain volume and the size of various brain regions, they also found that the total volume was reduced by 8.6% in the deprived children and changes in the size of frontal and temporal brain regions occurred.

While definitive proof of a causal relationship cannot be established with this study, it does suggest that such deprivation changes the actual structure of the children’s brains.  The fact that some children appeared to compensate by enlarging one particular area of their brains may mean there is a way to intervene. These children whose brains seemed to adapt showed lower levels of ADHD symptoms in the study.

The question always boils down to, “What next?”  Subsequent questions include “Can we start treating children using data from this study?” and “Do we need more research?”  For now, we know that the earlier we can intervene to limit deprivation, the better.  From a societal standpoint, supporting families and the adoption process should logically lessen the adverse impacts.  From a research standpoint, we need to identify the high-risk children and determine what interventions may reverse the damage and lead to healthier more abundant lives.  In our clinic, we work to treat the whole child and the whole family.  Providing the medical guidance to optimize brain development is our primary focus, but alongside these biochemical therapies, we advise and connect parents with the resources they need to best care for their children.  The children and their parents deserve nothing less.