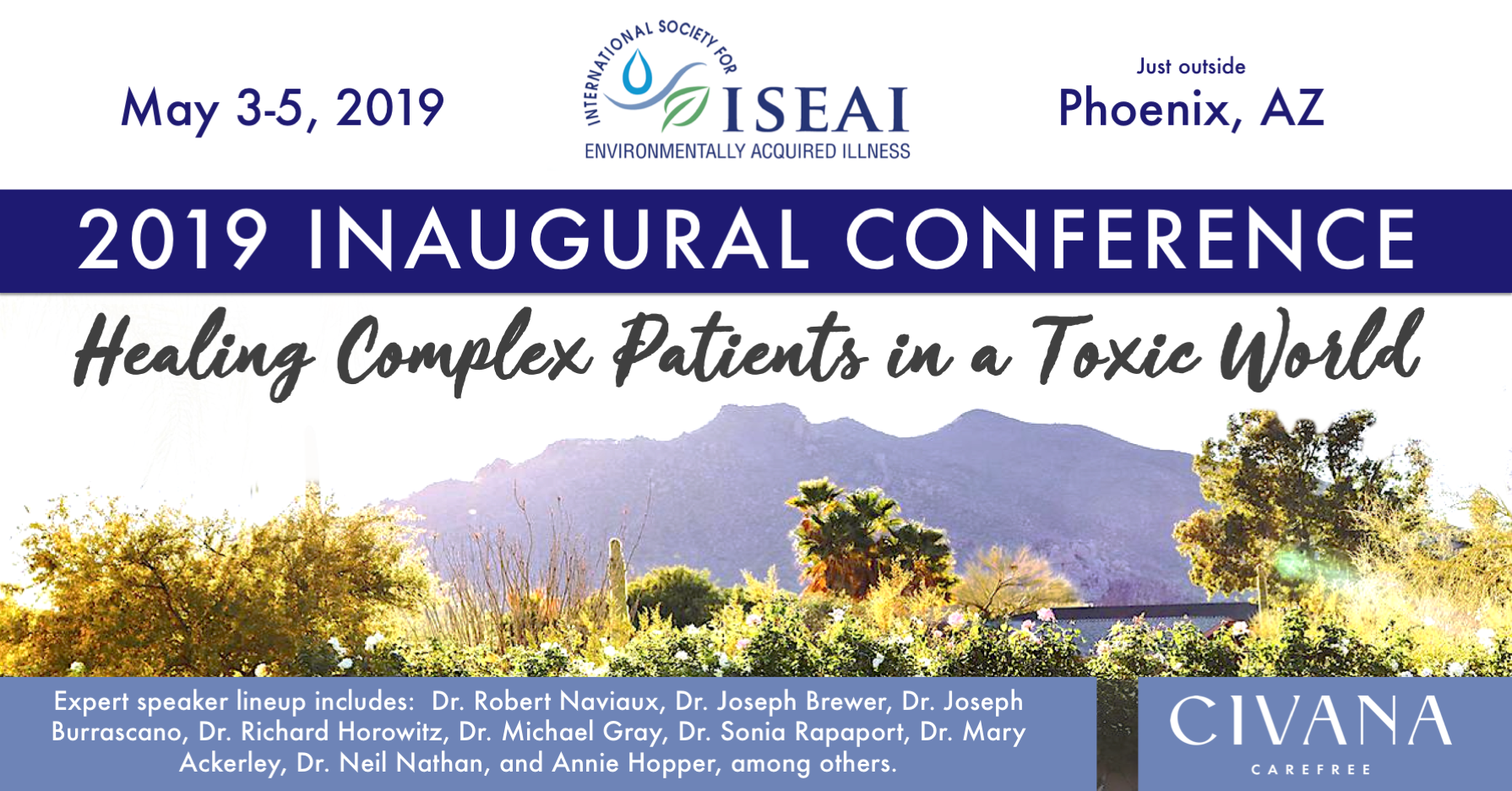 Takeaways from the ISEAI 2019 Inaugural Conference May 2019.

Having introduced the big picture in the last blog post (read there about how mast cells, inflammation, NAD/NADPH, and detoxification are interconnected), Bob Miller, CTN (Certified Traditional Naturopath) spent a portion of his time on the stage describing the function and dysfunction of mast cells, connecting them to inflammation and detoxification.  In the even larger context of the conference, mast cells earned mention in Mr. Miller’s and other’s talk due to their frequent dysfunction in our patients with mold toxicity and Lyme disease.  Mast cell activation syndrome or MCAS shows up in a large portion of such patients, interrupting their lives with the strangest symptoms.  Random rashes, frustrating multiple chemical sensitivities, and debilitating food sensitivities, on top of exacerbating environmental allergies or triggering migraines leave patients and many conventional doctors baffled.  To the functional doctor familiar with biotoxins and the Chronic Inflammatory Response Syndrome, (CIRS), such unusual and seemingly unrelated symptoms quickly bring to mind MCAS and mast cells. Now the import of mast cells at a mold toxicity conferences makes sense.

Let’s walk through what mast cells are, what they do, where they are found, and the diseases to which they contribute.  These cells which initially were considered bystanders doing little more than spilling out histamine, have earned great honor in immunology research.  Being related to other immune cells through common descent from myeloid cells in our bone marrow, they develop and migrate into all our various organs and tissues.

Once mast cells find their homes, they begin surveillance activities.  When they recognize harmful antigens, distinguishing friendly antigens from “dangerous strangers” (a favorite term of Dr. Bob Rountree from IFM lectures), they release a variety of inflammatory messengers. Besides histamine they release dozens of chemicals stored in little vesicles.  These chemicals influence countless other immune cells to activate or move into the vicinity all with the purpose of eliminating the danger.  This site provides a great overview and schematic of their work… https://www.ncbi.nlm.nih.gov/pmc/articles/PMC4701915/ Krystel-Whittemore and this is another great site:  https://www.immunology.org/publicinformation/bitesized-immunology/cells/mast-cells .  The messengers include histamine, cytokines, leukotrienes, serotonin, and prostaglandins.  From their peri-vascular location in various tissues (lying near the blood vessels) they can influence any cells passing through their vicinity or if sufficient numbers are stimulated, the entire body may be affected.

While effective immune defense requires their proper functioning, their dysfunction contributes to a number of disease processes.  Conventional medicine recognizes a disease in which too many of these cells are produced and label it as mastocytosis.  This causes major morbidity in the small number of patients with this disease.  Conventional medicine is slowly warming up to recognized mast cell activation syndrome in which the number of mast cells remains normal, but the activity of those present are over stimulated.  Similar symptoms may result from either too many or too active states.

Mast cell dysfunction appears to play a role in many disease processes, some more obvious than others.  Allergies, whether sinus, skin, eyes, or asthma make sense with histamine being a primary effector in these processes.  Autism also appears to have underlying connections with mast cell dysfunction, likely through neuro-inflammation and possibly through GI imbalances.  Some GI disorders like irritable bowel pop up in research as well.  Given the growing recognition of inflammation in cardiovascular disease, no one should be surprised that mast cells may contribute here.  Last, but not least, mast cell’s role in neurologic inflammation likely contributes to depression, anxiety, post traumatic stress disorder, traumatic brain injury, Alzheimer’s disease, and multiple sclerosis.

If that list were not long enough, many diseases appear at least indirectly linked to mast cell dysfunction as they show up more frequently in patients with known mast cell diseases. These included interstitial cystitis, osteopenia, osteoarthritis, autoimmune disease, fibromyalgia, Ehlers Danlos, dysautonomia, chronic fatigue, and eosinophilic esophagitis.  Time will reveal how directly these outward symptoms are caused by mast cells or their mediators.

Mechanisms which connect mast cells to outward symptoms look similar across different organs.  For brain related dysfunction, the chemicals released by mast cells trigger inflammatory processes inside the brain and open the blood brain barrier up for more intrusion.  For gut related symptoms, again inflammation arises from mast cell release, interfering with gut normal functions and opens up the barrier between gut lumen and the blood stream.  More antigens and toxins and infectious invaders can enter, further stimulating inflammation and harm. Besides the brain inflammation, histamine can interfere with metabolism of tryptophan, the precursor to serotonin.  This can contribute to depression and/or anxiety.

What is missing so far?  Mr. Miller has not mentioned genetics yet, but that topic arises in the remainder of his talk which I will address with the next blog.  After that, the genetics/genomics underneath these interlaced systems will make more sense.  He will explain how an enzyme called NADPH oxidase (NOX) can stimulate mast cells, forcing mast cells to further mediate the effects of reactive oxidation species produced by the NOX enzyme.