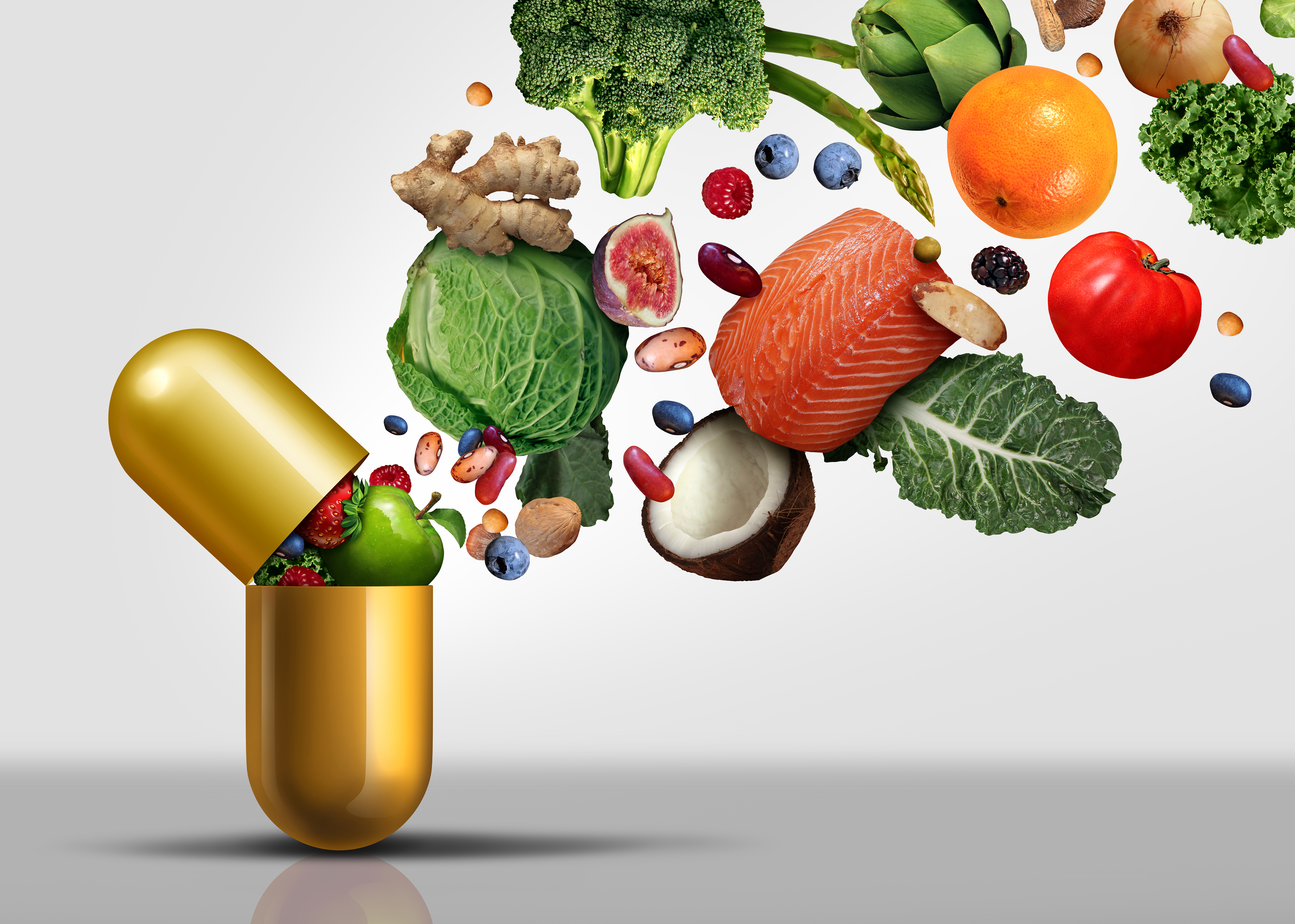 Protein supplements in general get moderate attention in the nutrition world.  Many debate the pros and cons of different protein sources like whey or hemp or soy or pea.  Others focus on specific amino acids for specific issues like NAC for detox or mucous thinning.  Taurine rarely gets the big headlines even if many of you drank it today in one of your energy drinks like Red Bull (read to the end for why it is there).  Why am I taking time to write about this underappreciated amino acid?

While taurine can be produced in our cells as an offshoot from the methylation cycle, we should know a little more about it than this fun fact.  In vegetarians or other low protein diets, deficiency can occur leading to various symptoms.  For some with specific conditions, additional taurine beyond what is found in the diet may be helpful.  Let’s review a few of the possible uses and benefits as well as possible side effects.

First, taurine is a sulfur containing amino acid.  Amino acids are the building blocks for of proteins in our bodies.  It can be produced from cysteine, another amino acid that comes off the methylation cycle.  Like other amino acids, a small amount is lost in the urine each day.  We can measure body stores by testing the blood or urine in our patients.

Other heart disease:  Homocysteine a marker associated with higher heart disease risk was lowered by administration of 3 grams of taurine daily (Ahn 2009).  It may help prevent atrial fibrillation episodes by balancing calcium and sodium channels in the heart (Satoh 193). While some studies link low taurine with hypertension (Ogawa 1985 2002), others suggest that supplementation can lead to lower blood pressure (Militante 2002).  It may also protect the heart and kidneys from hypertension (Anuradha 2017 and Yamamoto 1985).

Liver Disease:  Various liver conditions have been addressed with varying dosages of taurine.  In one study of viral hepatitis, a small number of patients were administered 12 grams of taurine daily versus a placebo.  The group who received taurine showed improvements that the placebo group did not demonstrate (Maysuyama 1983).  Several studies in rats demonstrated protection of rat livers from metal toxicity (Hwang 2001, Hwang 1998, Rezzanie 2005).  Others show potential benefit for taurine with non-alcoholic fatty liver disease (Yu 2002, Gentile 2011).  Two studies also demonstrated benefits in alcoholic fatty liver disease (Chen 2009, Kerai 2009).  In contrast, taurine was ineffective in one study addressing chronic hepatitis (Podda 1990).

Exercise:  The evidence is mixed on whether taurine supplementation helps improve athletic performance.  A review of ten studies by Waldron in 2018 concluded that it led to a mild-o-moderate improvement when dosed 1 to 6 grams per day.  Other evidence suggested a benefit when taurine was combined with branched chain amino acids in terms of muscle recovery post intense exercise (Ra 2013).  One by Yanita in 2017 found a decrease in muscle damage with up to 10 grams per day.  Another showed exercise benefits in rats (Yatabe 2009).  One study of cyclists did not reveal any exercise benefit (Rutherford 2010).

A number of other benefits have been attributed to taurine supplementation.  Taurine may be helpful as an antioxidant.  It may help protect the lungs from smoking.  It may act as an anti-inflammatory in some cases.  Taurine may be helpful in those with diabetes as their taurine levels are often lower than normal.  It has been tried in epilepsy and weight loss.  Some use it for anxiety, depression, and improving gall bladder bile function.

What are some possible side effects of taurine?  No one should be truly allergic to taurine as it is a necessary amino acid building block in all our cells.  As with any supplement, upset stomach can occur.  Some find taurine to give them a relaxing effect and take it at night.  Since taurine is a sulfur containing amino acid, some gas may occur with a higher sulfur load, but is uncommon.

What is a safe dose?  Taurine has been given to test subjects in doses as high as 10 grams per day without any clear problems.

AND why is it included in many caffeine containing energy drinks?  Taurine acts as a little bit of an anti-arrhythmic counteracting the heart palpitation effects of the high caffeine dose.  It can prevent some magnesium loss and keep the heart from racing while you get your energy boost.