When You Need More than One Test to Get an Answer 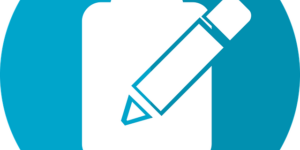 Individuals with multiple symptoms in multiple body systems over months and years without beneficial answers from conventional medicine need something more.  Functional MD’s like myself strive to provide such patients with paths to restoration, not by abandoning conventional medicine, but by applying the best of medical research to our patients.  We are often accused of ordering too many tests, yet this recent study from Clemson University supports our approach to looking at a patient’s metabolism to diagnose or predict disease.

As medical science has sought to establish links between genetic variations and disease, they have found that most links act more as dimmer switches and less as on-off switches.  They have also found that diseases or symptoms arise out of the interplay of these dimmer switches not only between each other but with the environment of the organism.  Measuring single genetic variations or even groups do not offer accurate pictures of disease occurrence.

In this study, researchers at Clemson examined the metabolic profiles of fruit flies in order to find connections between genetic variations and their phenotypes, their individual expression of observable traits or behaviors.  The metabolome is simply the chemical products of an organism’s cellular machinery.  This machinery results from the organism’s genetics interacting with their environment.  They hypothesized that certain metabolic patterns and phenotypes would link to specific genetic variations.  Basically, they wanted to trace a line from genetics to metabolic markers to observable traits in the organism.

Their findings revealed that by simultaneously measuring hundreds of metabolic markers and analyzing them according to their common pathways, various genetic variants could be linked to traits like “inter-male aggression” and “stress resistance”.  The expressed traits however linked much more closely with the metabolic profile than the genetic pattern.  The nature versus nurture debate once again indicates that it is a combination of the two, not an either-or situation.  Both genetics and environment influence an organism’s resulting phenotype.

What difference does that make for my next patient in the clinic?  In order to discern what each suffering patient needs, we already used a panel of metabolic markers to predict missing nutrients, identify metabolic obstacles like toxins or infections, and overcome genetic weaknesses.  Looking at fatty acid metabolism, energy cycle markers, neurotransmitter markers, microbial waste products, and organic acids provides a window into your body’s dysfunctions.  With the wisdom gained from study and experience, we discern what stands in the way of restoring a healthier more abundant life.  In sharing that knowledge with you, we empower you to restore health rather than having to accept life as less than you desire.

Connections between metabolomes and traits: