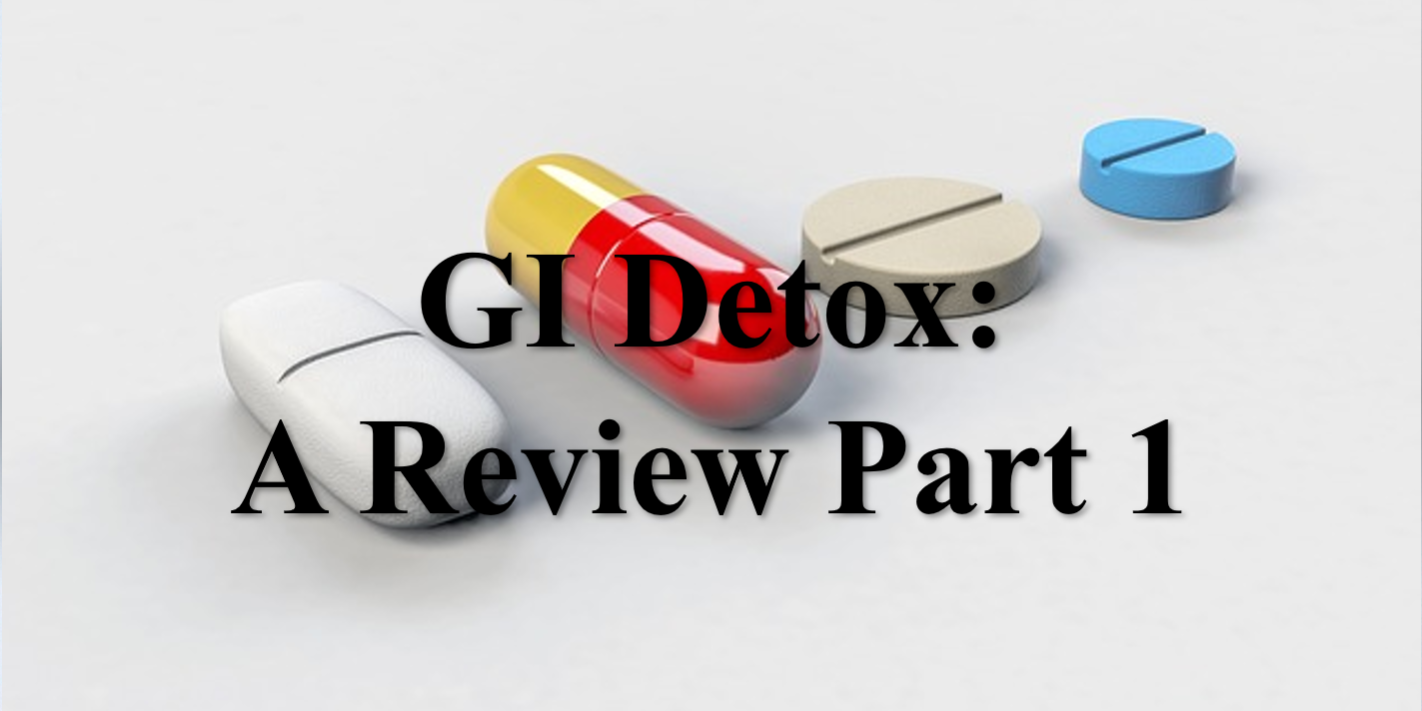 G.I.DetoxTM from Bio-Botanical Research Inc. offers a multi-modal detox in a single product for our biotoxin patients suffering from mold toxicity, Lyme, disease, toxic algae, and Bartonella among others.  Over time, we may shift focus to a single agent such as clay or charcoal or cholestyramine alone when we find only 1 toxin remaining, but in the beginning nearly all patients have a mix of toxins.  In the beginning of detoxification, patients appreciate a combination therapy in GI DetoxTM  to avoid having 4-5 extra supplement bottles sitting around.  Having one product with clay, charcoal, aloe, silica, pectin, and humic/ fulvic acid makes detox more effective and a little simpler.

From a big picture viewpoint, the goal for using this product is to absorb toxins in the GI tract as it passes through and carry those toxins out with the stool.  This constitutes the basic premise of binder therapy.  While this is not the only means of detoxification in functional medicine, for some toxins which can not be easily metabolized or for fat soluble toxins, this can be the most effective means.  When combined with the other modalities like glutathione (oral or IV) and enzymatic modifiers (speed up the breakdown of a toxin), the combination program is quite effective.

This “binder” therapy works at a molecular level.  Different binders possess different “superpowers” but in general, they simply possess an increased attraction to the toxins being targeted.  This increased attraction means they collect the toxins like a sponge as they go through the intestines and carry them out the door.  Sometimes this is by the electrical charges for charged substances like metal ions.  Sometimes this is by the lack of electrical charges for fat soluble toxins.

For the ones in the GI tract, these attractions are usually not permanent, which means they can eventually let go and allow reabsorption into the blood stream if the stool is not removed regularly.  For that reason, 1-2 daily bowel movements per day are ideal.  Often, a little help is needed since charcoal and clay in this product can trigger constipation.  Fiber, magnesium, aloe, and other products can help, as well as with a fiber healthy diet.

G.I. Detox Tm offers the benefits of Zeolite clay, Charcoal, Silica, Aloe, pectin, humic and fulvic acids in one capsule.  Without going into detail in regards to which binder works for which toxin, the primary point is that using multiple binders means more toxins are removed than if only one binder is chosen at a time.  Even with urine testing for mold toxins, we still have a limited list of toxins we can test for.  Depending on that single urine test to emphasize one binder and ignore another in the early parts of therapy is unwise.

Zeolite clay comes from volcanic or synthetic origins as crystalline aluminosilicates.  Their 3 dimensional and negatively charge structure enables them to trap other molecules like toxins. Their structure otherwise does not react with food or body fluids making them rather safe.  Since studies have not been performed in pregnant women, we limit or avoid their use during that time, but otherwise, they have rare side effects besides some constipation.  At most, they may trigger some detox reactions as they help the body to release stored up toxins.

Activated charcoal comes from previously strongly heated organic material (wood or other plant material) with minimal oxygen that is then pulverized and activated by pyrolysis.  Pyrolysis removes volatile substances and expands the surface area of the charcoal to greatly increase the available surface area with millions of microscopic pores in the solids  (Karaman 2014).  Having been used in ancient cultures for medicinal uses and in recent years by the medical establishment, it is recognized as an effective absorbent for many but not all toxins. It is not recommended for corrosive toxins (like acids), for iron nor heavy metals, for organic solvents, nor for cyanide.

Activated charcoal works when ingested; the toxic substances enter the millions of pores in the charcoal and are trapped by electrostatic attractions in those pores. The charcoal continues through the GI tract holding onto the toxins and is eliminated in the stool.  This method is effective when the toxin ingestion is recent or if the toxin is eliminated by bile excretion from the liver.  It is considered relatively safe at various dosages when used short term.  The main concern is when used in acute toxic ingestions during which the patient might vomit and aspirate the charcoal into their lungs or if a corrosive toxin allowed the charcoal to pass through into the abdominal cavity.  It is otherwise considered safe in pregnancy and during breastfeeding years when used short term (Natural Medicines).  In one study, it appeared safe after 3 years of use (Gao et al2019).