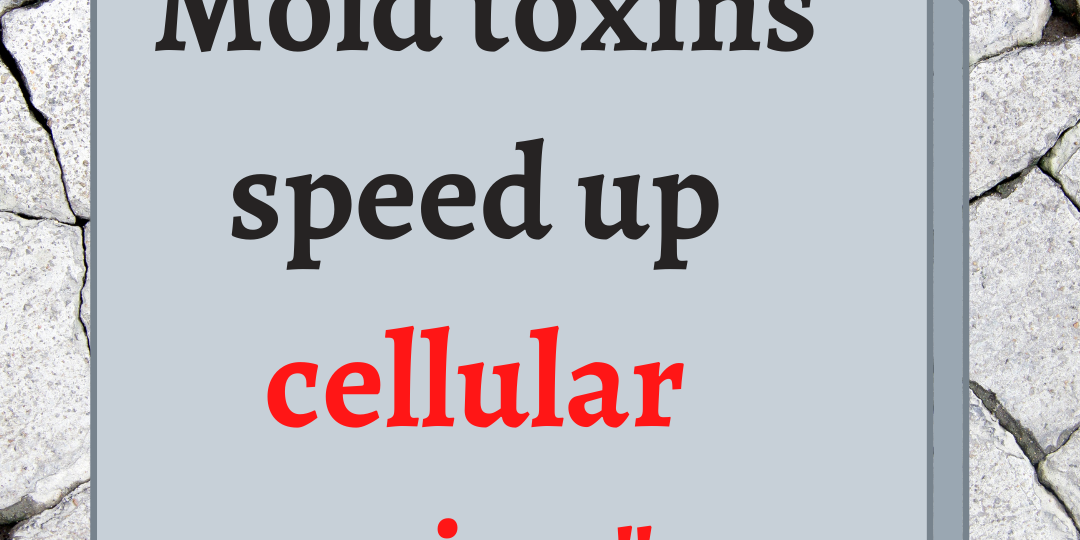 Mold toxins, in all their varieties, damage cells and cell structures through a number of mechanisms including speeding up cellular aging.  Like tires, the cells of our bodies or the bodies of any animal for that matter, can wear out sooner due to ongoing damage.  Our cells sustain different types of damage, but oxidative stress stands out as one of the most common and impactful.  Oxidative stress occurs when reactive oxygen molecules disrupt normal molecular structures in fats, protein, carbohydrates and even our DNA.  The disrupted structure leads to disrupted function and our cell’s tires wear down and can blow out.

With the looming tsunami of chronic human illnesses flooding our world, one would think that much research would go into identifying and eliminating all the sources of oxidative stress on our bodies.  In some areas like diabetes and heart disease, many papers are produced from ongoing research.  In the area of mycotoxin’s effects on oxidative stress, we have to look to the agriculutural research world for such articles.

The agricultural world loses millions to billions of dollars yearly to mycotoxins in animal food sources.  For this reason, considerable research money pours into work on lowering this yearly loss.  And understanding how mycotoxins affect farm animals.  Research from the spotlighted article indicates that the anti-oxidant mechanisms of cattle and pigs are challenged by mycotoxins, increasing oxidative stress on the animal’s cells.

Without the bias of human medical science blinding them to the clear effects on  animal health, these agricultural researchers compile a list of mycotoxins along with their reported harmful effects.  They mention aflatoxins which contribute to liver cancer in multiple animals. and high mortality rates in poultry.  They consider ochratoxins which negatively affect the immune system, kidneys, and the nervous system besides their potential cancer causing effects.  They discuss zearalenone which may contribute to human breast cancer and affects farm animal pregnancies.  They describe fumonisins which also contribute to liver and kidney damage as well as neural harm.  They discuss trichothecenes which may damage bone marrow, the gut lining, and lymph nodes.  The list continues.

Normally, our cells possess mechanisms to limit and repair damage from any oxidative stress occurring during normal cell function.  Higher stressors from mycotoxins can overrun this margin and lead to damage.  The increase in oxidative stress causes lipid peroxidation which oxygen is added to fatty molecules, altering their structure and function.  This also primes the immune system to react with inflammation which then leads to chronic diseases and cellular aging.

The article delves into much greater detail that this review can offer.  The short answers become clear.  Toxins produced by molds affecting both food supply and water damaged buildings contributes to oxidative stress in cattle and pigs.  The question arises whether humans suffer similar consequences at the molecular level and whether these molecular consequences lead to chronic illness and symptoms.  No good reason stands out to reassure humans of some imaginary immunity to the effects of mold toxins.

In helping our patients overcome the effects of mold toxins on their health, we must use all the data we have before us and we must take the time to equip our patient with an understanding like this.  The challenge of detoxing one’s body and one’s home from mold requires time, effort, and money.  Our patients deserve to know why we are urging them to get the mold out of their lives.  Helping them live healthier more abundant lives requires all of this and more from us.