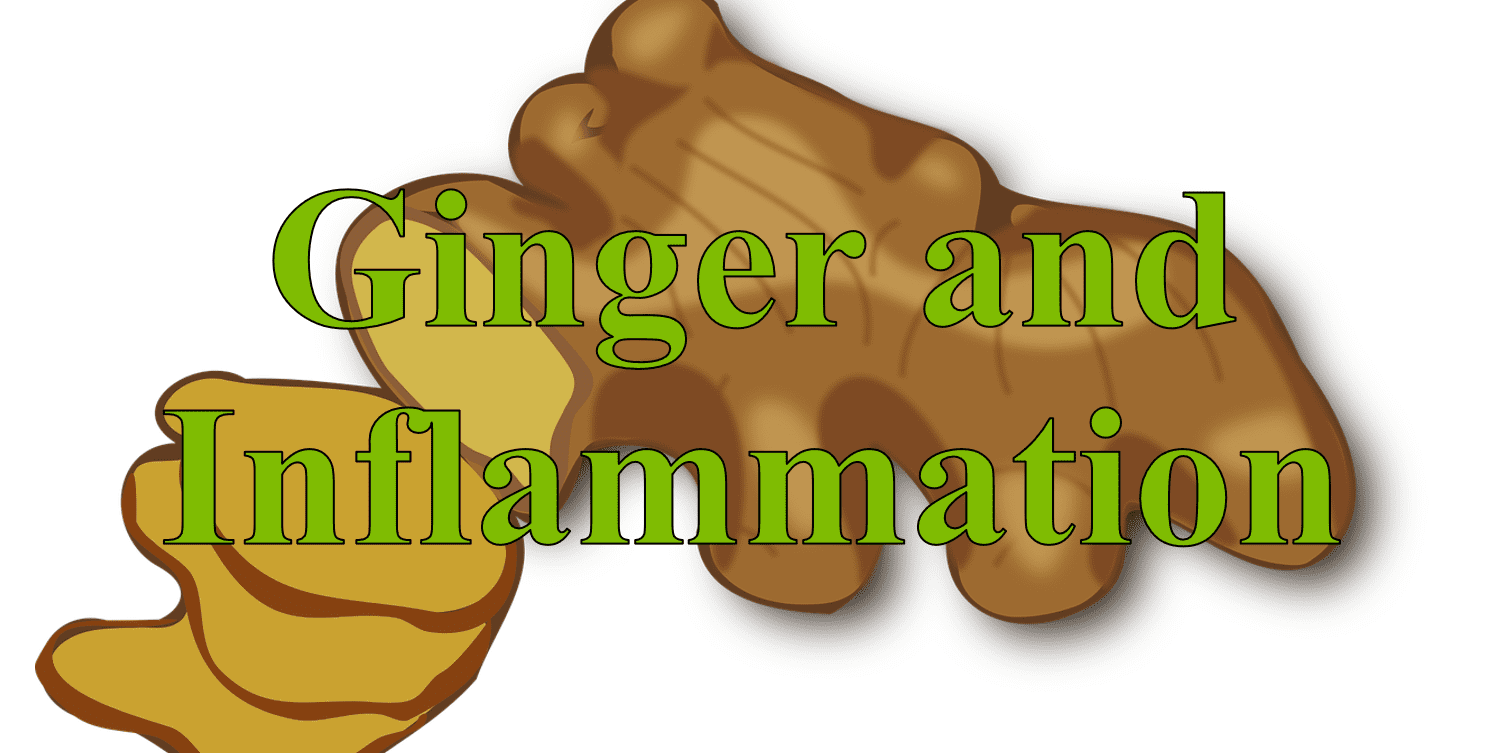 Our world is filled with not only lots of new people to meet and appreciate, but with a vast number of natural therapies which offer relief and restoration to those suffering from a chronic illness.  As science advances, many of these new herbal friends attract our attention and gain our interests.  New studies by researchers willing to pursue possibilities outside pharma have followed the intuitions and suspicions of clinical practice to discover that these natural compounds really do exert objective benefits through identifiable pathways.  Ginger, a simple plant, presents under-appreciated possibilities for treating inflammatory diseases.

While a few additional related studies are listed at the end, we focus on a study out of Michigan which evaluated the effective of 6-gingerol in autoimmune disease.  This compound is recognized as one of the main active components of ginger root.  The researchers studied its efficacy and mechanism of action in lupus, an autoimmune disease which attacks multiple tissues in multiple bodily organs.  They found promising results in this mouse study.

The study authors consider lupus as a “prototypical systemic autoimmune disease”. Autoimmune diseases simply describe the fact that the person’s immune system begins attacking their own body tissues in some way such as auto-antibodies or cellular attacks.  Lupus serves as a great example and testing ground in that it can attack any organ in the body through autoantibodies, antibodies directed against one’s own tissues.  Several mechanisms of how these autoantibodies are initially triggered and then perpetuated have been considered prior to this research.

Recently, the formation of neutrophil extracellular traps released by immune cells (specifically neutrophils) has attracted attention as a potential major trigger and perpetuator.  These proteins, after being expelled from neutrophils responding to some stimulus, appear to increase the levels of antibodies and disease severity in other studies of autoimmunity.

The researchers mention their patient’s questions about the potential use of natural remedies was a stimulus for their research and refer to other studies which demonstrated the anti-inflammatory and antioxidant effects of ginger.  While several phytochemicals are found in ginger, 6-gingerol is recognized as the most abundant (24).  In other studies ginger or its 6-gingerol have been showed to “inhibit IL-12, TNF-α, IL-1β, RANTES, and MCP-1 production by LPS-stimulated macrophages” (25), work in human chondrocytes (27,28), block activation of NF-kB (a major pathway for inflammation) (29), and block cAMP-specific phosphodiesterase (PDE) activity (31).  Other articles pointing to these and other effects are included at the end.

As the researchers had not seen prior research on ginger in lupus and hoped to identify the mechanism through which ginger exerted its benefits, they embarked on their work leading up to the present article in focus.  They found that the 6-gingerol compound could attenuate the severity of lupus in their mouse model and identified likely mechanisms through which it accomplished this.  The compound appears to lower the release and activity of the NETs through a PDE prostaglandin pathway working through cyclic AMP and activation of a phosphokinase.

Without needing to dive into the details of PDE, NETs, cyclic AMP or phosphokinases, we can appreciate the import of these findings.  First, in an animal model of lupus, ginger lowered disease severity.  Second, beyond τηε observed improvement in mouse lupus, the researchers connected the dots between cause and effect with the mechanisms.  With these connections, they can justify looking at human studies and better study human responses by knowing which mechanisms are involved.

While we use a number of natural anti-inflammatories and modulators of immune responses, our prior use of ginger has been secondary to other anti-inflammatory power houses like curcumin and omega 3’s.  With research noted here, our old friend ginger deserves a chance at more frequent application to our patient’s inflammatory conditions.  Helping patients achieve healthier more abundant lives requires our continually learning and adding to our toolbox of beneficial therapies.  Welcome ginger to its newly earned front line role in fighting inflammation and autoimmunity.  We look forward expectantly to more headlines in years to come.

Citations from the article in focus (numbered as found in the article):