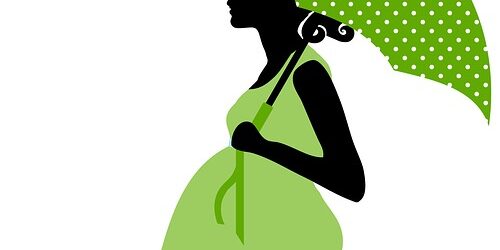 By definition, sub-clinical implies that something is “not” causing any noticeable symptoms. Thus the name “sub-clinical hypothyroidism” assumes that a lower than expected thyroid function causes no problems for an individual person in that category.  In reality, a “sub-clinical” state stands out as more of a burglar in a pitch black room.  Just because we do not immediately “see” the burglar does not mean he or she cannot harm us.  For those of us in functional medicine, we recognize that “sub-optimal” works out as a better descriptor of lab results that are outside the range of good, but not yet considered “really bad”.  At Sanctuary we treat “sub-optimal” thyroid numbers regularly and find that patient symptoms often improve indicating that “sub-clinical” or “absence of symptoms” was a misnomer for that particular patient.

The focus article by Peter Taylor et al primarily argues for universal screening at some point in pregnant women, preferably the earlier the better in pregnancy.  They argue well that a body of research exists which indicates that treatment of so-called “sub-clinical hypothyroidism” in the early stages of pregnancy could benefit the resulting birth in several objective ways.  I agree with their proposal, but want to focus our attention on a few of the pieces of “evidence” they use.  I hope to convince more physicians that “sub-clinical hypothyroidism” lurks as more of a burglar in the darkness of denial than a benign pet cat sitting in the dark room causing little life disruption.

They begin with evidence that few to no one would dispute, overt thyroid disease causes problems for both mom and fetus (1-3).  They then dig deeper to highlight some developing research indicating this “sub-clinical hypothyroid” state also contributes to morbidity during pregnancy (4-6).  Research also implicates thyroid autoimmunity status as a “potential risk factor for fetal loss” (1).  I do question their statistics regarding only 2% of women in iodine sufficient areas having over hypothyroid, but only disagee in that far more women have mild hypothyroid incorrectly labeled “sub-clinical” (9).  At least they do mention “isolated hypothyroxinemia”, a condition in which TSH is normal but Free T4 levels are outside the “reference range”, as occurring in 2% of pregnancies (19).

To further their logical argument, Taylor et al mentions that research indicates thyroid hormone play a critical role in early pregnancy for neurological development (20).  No one argues that severe hypothyroid results in “devastating” effects (21).  Beyond the non-debatable, they mention studies (22 and 23) which showed 2-7 points of IQ loss in children of women with either untreated hypothyroidism or untreated hypothyroxinaemia respectively.  While two studies of prenatal screening followed by treatment of “subclinical hypothyroidism” did not show benefit for the children (10, 11 and 25), these studies did not start thyroid replacement therapy until 13-18 weeks of gestation.  They therefore likely missed key windows for neurological development and thus missed out on benefits.  Pregnancy adverse events were also found to be decreased not only with overt hypothyroidism, but also “sub-clinical” hypothyroidism (26, 6, 27, 29).

Bringing this all together, I would simply argue that “sub-clinical hypothyroidism” is a misnomer that deserves to be treated like a burglar in a dark room.  Turn on the lights, reveal it for what it is, a potential threat to the present and future health of a developing fetus. Then begin to use the term “sub-optimal hypothyroidism” for these pregnancies as well as consider that even the non-pregnant patient may be suffering from ill health effects of untreated hypothyroidism.  Just because a lab result fits between 2.5% and 97.5% of the population’s results, does not mean that it is normal.  If a hypothetical disease state is found in 5% of the population, by simple math, ½ of those will fall into the so-called normal reference range.

To help patients live healthier more abundant lives we should reconsider what we consider normal ranges for thyroid labs and start talking to patients.  With a few minutes of conversation we at Sanctuary discover symptoms related to low thyroid states which improve or resolve with proper thyroid therapy.

Thanks to Science Daily for drawing my attention to this article.