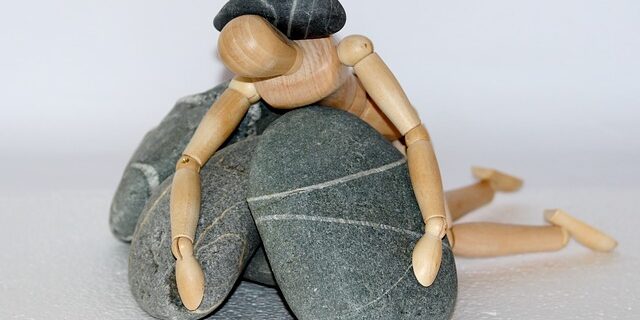 With the rage in biofilm research and the rise in public awareness of Lyme, we benefit from research like this article.  The European Journal of Microbiology and Immunology recently published findings that Borrelia (Lyme bacteria) and Chlamydia (both the different chlamydias that cause  “walking pneumonia” and the sexually transmitted diseases) very frequently co-exist in biofilms biopsied from skin lesions called Borrelia lymphocytoma.  The two microbes appear to work together in creating a protective biofilm which makes them 100-1000 times more resistant to anti-biotics.  Researchers believe such biofilms are behind not only persistent Lyme disease symptoms but explain why other bacteria may persist chronically in other conditions.  Biofilms likely explain the persistence of pseudomonas in cystic fibrosis patients, staphylococcus in chronic bone or prosthetic joint infections, and E. coli in chronic urinary tract infections.

In the skin lesions called Borrelia lymphocytomas, the Lyme bacteria has been confirmed across multiple studies as the causative agent and as sheltered in biofilms resistant to both the immune system and antibiotics.  Given the estimate of 300,000 cases of Lyme per year in the USA (https://www.cdc.gov/lyme/datasurveillance/index.html) by the CDC itself, a better understanding of this ubiquitous human pathogen will benefit many.  Such biofilms likely play a very critical role in the long term symptoms of those who receive standard Lyme care (i.e.  2 weeks give or take of antibiotics), yet continue to have “vague” symptoms for months, even years after therapy.

In this study, researchers biopsied these skin lesions and confirmed by different methods that borrelia bacteria were present.  They then assayed the same tissue for varies species of Chlamydia.  Three species of Chlamydia affect humans.  Chlamydia trachomatis underlies the sexual transmitted disease form. Chlamydia pneumonia underlies what many know as “walking pneumonia”, a milder form of pneumonia very common in all age groups.  Chlamydia psittaci infection results in a severe pneumonia and is usually contracted from handling birds.  C. pneumonia and C. trachomatis were found more commonly in these skin lesions.

The authors report that chlamydia had not been found to produce biofilms previously, but their findings confirmed their existence in the biofilms of the Lyme triggered skin lesions.  They confirmed the presence of chlamydia with multiple lab methods including PCR (polymerase chain reaction test for presence of Chlamydia DNA), confocal microscopy, and immunochemistry staining.  Moreover, they found the chlamydia consistently in the center of the biofilm

With this study confirming the presence of chlamydia within the biofilm, the researchers then began to look backwards and forwards.  Looking backwards, they considered theories why the two organisms came together.  On one hand, did the organisms travel together on one tick and infect simultaneously with a tick bite or did they arrive on different ships and happen to collaborate in producing these effects?  Looking forwards, what benefits do they co-habitation provide each and what implications do their biofilm co-habitation have for therapy?    For the former, other studies confirm that ticks commonly possess more than one infectious agent (Babesia, Bartonella, Ehrlichia, Anaplasmosis, Mycoplasma, and Chlamydia).  For the latter, we cannot deny the antibiotic resistance such biofilms convey which requiring prolonged and more intense regimens to eradicate.

For functional doctors like myself, such studies undergird our practice of attacking Lyme with a multi-pronged array of natural and conventional therapies.  The natural therapies include biofilm disruptors, substances which either prevent biofilm formation or disrupt what has already been produced.  Our approach also acknowledges both a need for prolonged therapy and the potential presence of co-infections that complicate therapy.  Prolonged therapy is required due to Lyme’s ability to exist in multiple forms besides hiding behind biofilms.  Their persistor forms resist antibiotic attack by remaining relatively inert until stressors are removed and they reawaken and reproduce.  These include cyst forms acting like protected seeds.  For any patient with Lyme disease, we evaluate for a list of co-infections and treat according.

In striving for our patients to achieve a healthier more abundant life after a Lyme diagnosis, we hold almost nothing back and press forward aiming at long lasting success.  That is just the Sanctuary way.