In Depth Look at Mycotoxins in the Gut – Part 2 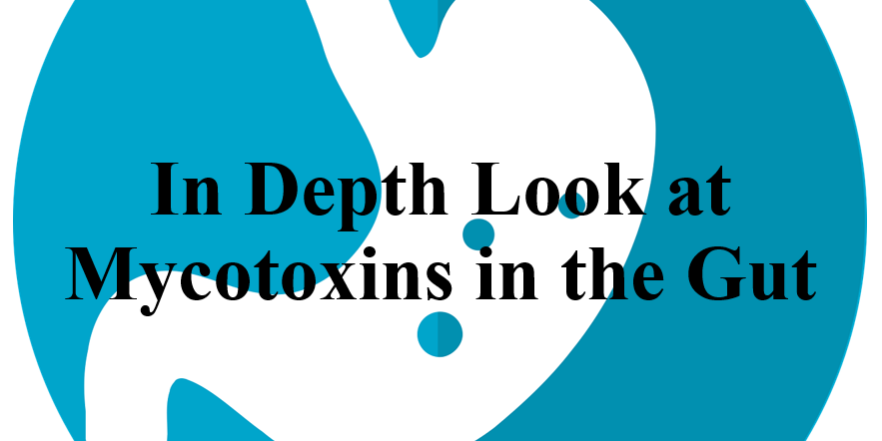 As discussed in the prior article, although the GI tract would appear simple as a one-way street from mouth to anus, the story of mycotoxins turns out to be a real plot twisting complexity.  In part 1 we began with an outline of how our gut bacteria affect the incoming mold toxins. In this edition, we turn our attention to the effects of these toxins on our bacteria and ultimately our health.

While one might simply blame mycotoxins antibacterial properties for the whole microbiome disruption, we must consider the full body of research and acknowledge both direct and indirect effects.  We must also recognize that while mold toxins have antibiotic properties, the concentrations must be high enough in order to kill the bacteria in our GI tract.  The indirect effects of mycotoxins may have greater impact on our gut bacteria than the direct effects.

Studies have confirmed that several mold toxins have the potential to kill different kinds of bacteria in our colons.  Aflatoxin, patulin, citrinin, and other mycotoxins have been shown as effective anti-bacterials, but their toxicity prevents use in human therapies.  They have been studied to see their effects on cow digestion since the cows depend on bacteria in their multiple stomachs and lower bacteria levels would affect their calorie and nutrient absorption.  Most of these studies did not measure bacterial levels but did demonstrate altered digestion patterns once toxin levels were high enough.

Research has also made clear that many mycotoxins damage more than the bacteria in our colons, affecting the epithelial lining of our GI tract and the immune system found within it.  These changes can both harm us and the bacteria in our colons.  Many studies have shown that aflatoxins, DON, fumonisins, and ochratoxin A can alter the immune response of the GALT (Gut Associated Lymphatic Tissue).

These changes in the gut immune system then alter the amount of mucous produced by the lining cells and changes the production of cytokines (immune system messengers leading to inflammation).  These changes can lead to increases in antibodies secreted into the GI tract and increases in antimicrobial peptides as well.  When considering the actual levels of the toxins in the GI tract, I would lean towards blaming these indirect immune effects on gut bacteria rather than the anti-bacterial properties which require higher concentrations.

Confirming the exact effect of different mycotoxins on specific bacterial species has been challenging for a number of reasons.  Studies vary depending on which animal and which mold toxin is tested.  Various studies have used different methods to measure the resulting effects.  All this makes a consensus very difficult.  At times, the tests depended on removing sections of the intestinal mucosa from the animal, which prevented any effects of liver metabolism on mold toxins coming back to effect the gut lining.

Ultimately, functional MD’s like myself are more concerned about the effects of these toxins on humans rather than random animals.  Since true human studies are out of the question as they would involve poisoning test subjects, we have to extrapolate somewhat.  We know that the integrity of the gut lining affects whether or not bacteria or other microbes can enter our bloodstream and cause further effects outside the GI tract.  Mold toxins clearly have the potential for opening that door through their triggering a degree of leaky gut.  We know that alterations in our GI Tract immune system can lower our resistance to enteric based infections.  Mold toxins also clearly alter these defenses.

Applying these insights to our patients living with mold toxicity requires wisdom and a grain of salt.  We can’t apply every single animal study to our patients, but we can keep our eyes open and advise our patients on what we know.  While most of our patient’s toxic load appears to be from inhaled mold toxins rather than food, we do advise our patients to avoid potential mold sources during therapy.  We also keep an eye on their GI tracts and gut microbiome to be sure detoxing them through their gut does not cause significant harm.  With mold detox, constant vigilance for the effects of mold toxins includes GI restoring therapies as we work towards healthier more abundant lives for those recovering from mold exposures.

Our Military Still Waits for Help with Mold
March 22, 2022