Score One for Vitamin D Against Inflammation 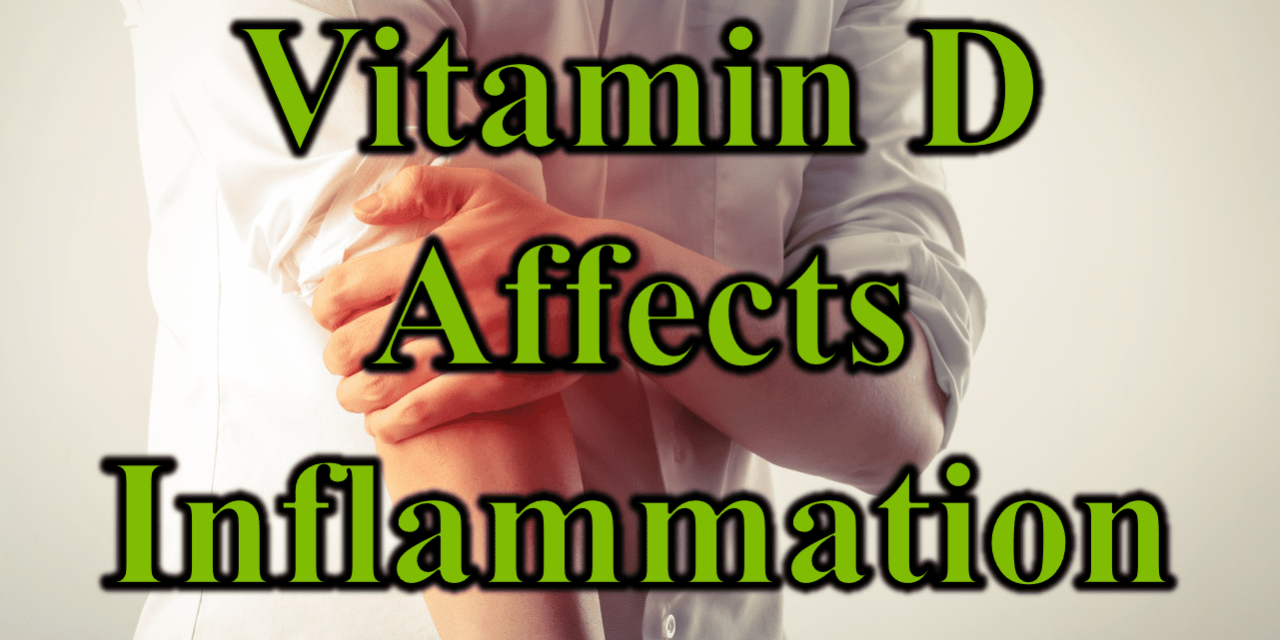 Even prior to COVID’s intrusion into the world of immune research, much debate centered around whether we needed more vitamin D or if the standard daily allowance was enough.  The exact minimum level continues to be debated, but this study provides further support for our contention that this so-called vitamin plays a role in inflammatory conditions.  Although we cannot ethically force individuals to suffer low vitamin D levels in a study, fortunately across a large population many unknowingly “volunteer” to remain low.  This allows epidemiologists to compare the rates of diseases in those “volunteers” with low levels versus those with high levels.

Research headlines are replete with connections between chronic inflammation and human illness.  This ongoing low-grade inflammation preserves an ongoing release of various inflammatory mediators which subsequently activate further harmful pathways.  The same pathways benefit our health in the short run against infections, but at a ongoing low level do more harm than good.  The chronic inflammation contributes to cardiovascular, neuropsychiatric, and other degenerative conditions.  Identifying therapies to control this inflammation could lead to great benefits for both individuals and society.

Given the debate over vitamin D, research headlines also provide a broad sweep pf the functions that Vitamin D serves in our bodies.  While labeled as a vitamin, its function resembles hormones in both mechanism and breadth of action.  While vitamins usually act more as cofactor in reactions, vitamin D binds receptors, triggering cascades of events inside cells.  Most know of its calcium and bone benefits, but multiple other cell types in our body possess D receptors, including immune cells.

C-Reactive Protein plays a co-star role in this study as an inflammatory biomarker common across multiple triggers of inflammation.  As one of the most widely measured inflammation marker in the clinic and in research, tracking the level of this protein in our blood and comparing it to Vitamin D levels was a great idea.  Several observational studies had revealed correlations between CRP and Vitamin D which suggested one or the other was affecting the other.  At least one study using a genetic method of evaluating vitamin D levels pointed away from a causal link between Vitamin D and CRP, but this study used a non-linear method to identify a likely causal link.  It appears the lower vitamin D levels up to the normal cutoff (according to their standards), is linked to higher CRP levels in a way that suggests the low D is causing the high CRP rather than the other way around.

They used nearly 300,000 participants in a British biobank of health information called the UK Biobank.  This constituted the largest study pool looking at this question to date.

Those of us in functional medicine recognize the importance of vitamin D for a number of bodily functions.  This study is not surprising and supports our frequent testing of vitamin D level in our patients.  We start with the storage form 25 Hydroxy D3, but sometime measure the active form, especially in our biotoxin (mold, Lyme, Bartonella, Long Haulers) patients.  Optimizing vitamin D levels is critical for living a healthier more abundant life.

Thanks to Science daily: