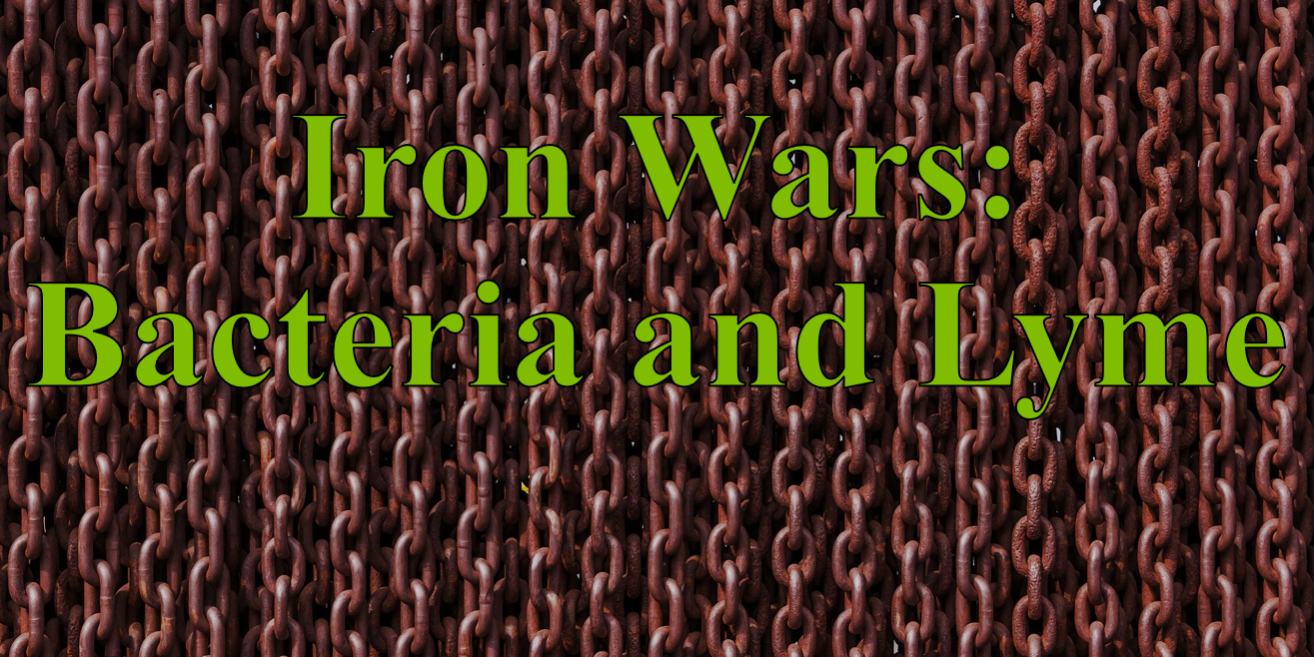 Most are aware of vitamin D and vitamin C as well as minerals like zinc, but do you know about the role that iron plays in our immune defenses and microbial invasions like Lyme? As functional medicine strives to optimize the terrain for potential or actual microbial attacks, we must consider the battle over iron in our bodies and recognize Lyme’s ability to bypass the battle.  With the recognition that the health terrain of our bodies affects the outcome of bacteria, fungi, and parasitic infections, we must guide our patients in balancing many nutritional and metabolic factors.

All fields of medicine acknowledge the necessity of adequate iron for red blood cell production and recognize many other mechanisms by which Iron benefits our metabolic processes.  In the research world, infectious disease long ago realized that most microbes need some source of iron when invading our bodies and multiplying.  Without iron, the microbes supply chain fails to support the growth needed to overcome our immune defenses.  Nearly all bacteria, fungi, and parasites possess some mechanism to steal this iron from our bodies.  They take it from our red blood cells or interfere with other iron storage processes to hijack the iron into their own cells.  Or rarely, like with the Lyme bacteria, they bypass iron altogether.

In the battle against such microbial attacks and in defending against such nutrient thefts, our body has developed counter-saboteurs to prevent the thefts.  In the case of iron, we know that with inflammation, our levels of iron storage protein called ferritin go up.  This makes it harder for many bacteria to reach and steal the iron away.   Beyond this commonly recognized mechanism, our body has developed other mechanisms to disable the invader’s systems.  The battle goes back and forth with survival as the victor’s reward.

Medicine has sought strategies by which we can augment our natural efforts in the iron wars.  In conditions of iron overload like hemochromatosis we work to lower iron in the bloodstream to lower infection risk.  In the development of antibiotics, many work on drugs to also disable the iron thefts.  Still others have developed vaccines which target the actual bacterial proteins that do the stealing.  So both at the microscopic level in our bodies and the level of the research lab, a back and forth battle for supremacy continues.

So what is up with Lyme and its bypassing of the Lyme wars?  While nearly all other microbes use iron for their enzyme machinery, Lyme bacteria known as Borrelia adapted to use manganese.   I had heard many other practitioners warn about supplementing with iron during a Lyme infection; apparently this other mineral is more important to Lyme.  Now, do not forget that in an unrelated mechanism, iron can amplify the adverse effects of inflammation.  Too much iron during an infection not only feeds the enemy but can also cause more damage to our cells.  Remember, though, that manganese supplementation should probably be avoided during active Lyme disease.

In helping our patients live healthier more abundant lives including conquering Lyme or other infections we keep all of these factors in mind.  Guiding them in the battle to regain health and keep it requires both depth and breadth of knowledge along with wise application.