Autism – its one of the day’s great debates.

Many spend their time arguing about whether vaccines or some toxin has created the epidemic. 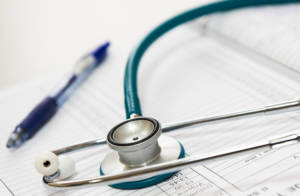 Others search for the magic gene convinced that genetics or epigenetics can explain it all. None of these avenues are wrong or fruitless as understanding origins may lead to therapies. Yet, this article in Nutrients moves past the debates, realizing that it is more likely a combination of all these factors (maybe more). At the very least, not all cases are the same. An impressive collaboration of academic centers, a specialty lab, a naturopathic school, and several others
looked at a comprehensive program for restoring health in a population of children dealing with autism.

Functional MD’s step out of the silo model of medicine where each system or organ is studied on its own with little consideration of how our body functions as a whole– more like a spider web of interconnected systems. The comprehensive program utilized in this study recognized that nutritional factors (vitamins, minerals, Omega 3’s), mitochondrial dysfunction, and GI dysfunction (enzymes, food sensitivities) all contribute to the clinical stories of those with autism disorders. Rather than isolating each of these areas
and studying one at a time in complete isolation, these researchers put all the factors into a sequential program to evaluate how addressing multiple systems might cooperatively benefit the children with autism.

The specific therapies were not just pulled out of a hat, but were based on preceding studies. They used biomarker labs to investigate what metabolic differences they could find between autism patients and those without autism. They started with metabolic processes that others had identified such as methylation, oxidative stress, omega 3’s, omega 6’s, sulfate deficiency, carnitine in mitochondria, and various GI problems. After measuring these markers in the study group with autism and the control group without autism, they found statistical differences that they could target in the treatment phase.

However, rather than implement all of these changes immediately and simultaneously, they wisely staggered the changes over time. This provided some insight into how different portions of therapy compared in effectiveness. This also allowed families who were often already challenged in caring for their children time to adapt to each change. They started with vitamins and minerals before adding essential fatty acids like omega3’s. They added Epson salt baths and then carnitine. Then came digestive enzymes followed by gluten free and dairy free diets. The final 155 days included all these therapies. At the 1 year mark, blood and urine measured biomarkers were taken while several autism related assessment tests looked at various clinical outcomes.

Three groups went through the study. Two had autism diagnoses, one did not. One group of children with autism received the study treatment program while the other continued their normal care. Several measurement scales evaluated whether or not these therapies had any benefit. In the majority of the evaluations there was a statistically significant improvement for the treated group of autistic children. While this did not mean cure of autism, a number of participants were impressed enough by the improvements that they opted to continue their therapy after the study was completed. As to be expected there were some mild side effects and a few withdrew from the study or did not comply sufficiently to be included in the final analysis. In the final analysis, the most likely therapy to be continued was the vitamin portion at over 85% continuation rate.

A functional MD looks at autism patients with compassion, desiring to see positive changes whether small or large. To find which therapies may bring such benefits, we keep an open mind and peer broadly into the web of life that makes up the human being. We study the individual in front of us and study life systems as an integrated whole. We then step into patients’ lives with reasoned science applied holistically, knowing that the complexity of autism requires more than a simplistic medicine approach. We see the types of comprehensive programs in this study working to wake up language skills, put to rest unwanted behaviors, and see children growing up living healthier more abundant lives.